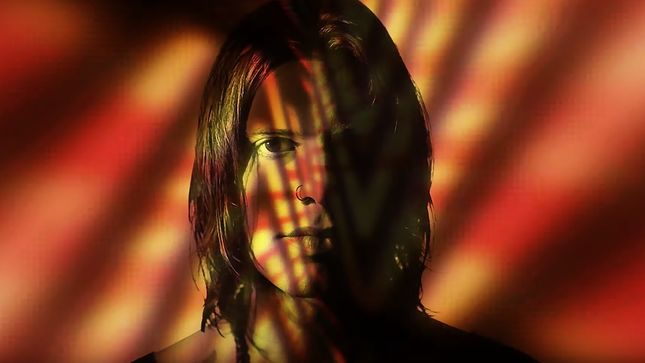 Written and produced by Perri, “Let You Know” takes listeners on a haunting, yet uplifting, musical journey.

“‘Let You Know’ is about romantic attraction - the growing energy between two people falling for one another,” said Perri, who delivers an emotional performance on the track. “We wanted the music to reflect that experience - a con- tinuous build that keeps you on the edge of your seat. The song culminates with an explosion of drums and an in- tense reprise; it’s the end of the chase - the moment you get what you’re seeking.”

Videographer/longtime Thieves collaborator Austin M. Bauman joined forces with filmmaker Brynn Bailey and visual effects specialist Mark Melchiorre, Jr. to aid Perri in directing an immersive, psychedelic music video for “Let You Know”. The riveting video is filled with a myriad of pulsating shapes and colors, superimposed shots of band members, and other sensory flourishes. It is available to stream below.

“Listening to the finished recording of ‘Let You Know’, I kept envisioning a voyage through space and time, reminiscent of Stanley Kubrick’s Star Gate sequence in 2001: A Space Odyssey,” said Perri. “I was inspired to channel Kubrick and create our own experience. Our planned efforts, mixed with some unplanned filmmaking magic, resulted in a video that exceeded our initial expectations.”

“Let You Know” - along with The Underground Thieves’s preceding singles - is available on iTunes, Spotify and other major music networks. It was mixed and mastered by Marc DiSisto, whose credits include U2, Pink Floyd, Blondie, The Who, and Patti Smith - among other classic rock and pop icons. DiSisto also engineered Silvertide’s Show & Tell album, on which Perri was lead guitarist and co-songwriter.

The Underground Thieves will serve as direct support for The Struts at The Fillmore Philadelphia on December 28 and 29; both performances are sold out.