THE WHO's PETE TOWNSHEND On Fallen Bandmates KEITH MOON And JOHN ENTWISTLE - "Thank God They're Gone... They Were F#@king Difficult To Play With" 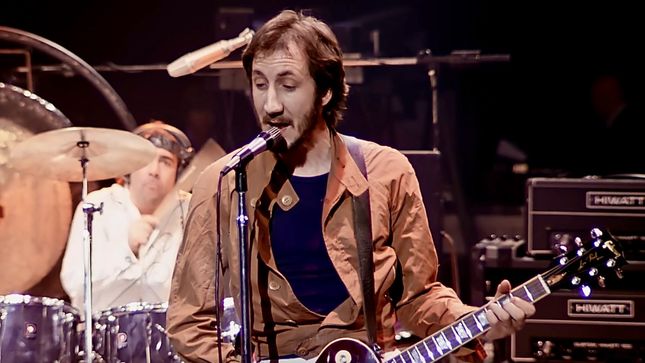 With the two surviving members of The Who - Pete Townshend and Roger Daltrey - set to release a new album, entitled WHO, on December 6 via Polydor Records, Rolling Stone has issued an extensive feature in which the pair talk up the new album and discuss their legendary career.

With The Who’s current shows featuring two video screens full of vintage shots of Moon and Entwistle, Rolling Stone asked Townshend if he ever got nostalgic looking up at the pictures of his fallen bandmates. He snorted like an old horse.

Because? “Because they were fucking difficult to play with. They never, ever managed to create bands for themselves. I think my musical discipline, my musical efficiency as a rhythm player, held the band together.”

Townshend took on his bass player first... “John’s bass sound was like a Messiaen organ,” he says, waving his angular limbs. “Every note, every harmonic in the sky. When he passed away and I did the first few shows without him, with Pino [Palladino] on bass, he was playing without all that stuff…. I said, ‘Wow, I have a job.’ ”

Moon was an easier target; he once passed out during a 1970s show in San Francisco, forcing the band to pull a drummer out of the crowd. “With Keith, my job was keeping time, because he didn’t do that,” says Townshend. “So when he passed away, it was like, ‘Oh, I don’t have to keep time anymore.’”

Read the full feature at RollingStone.com.