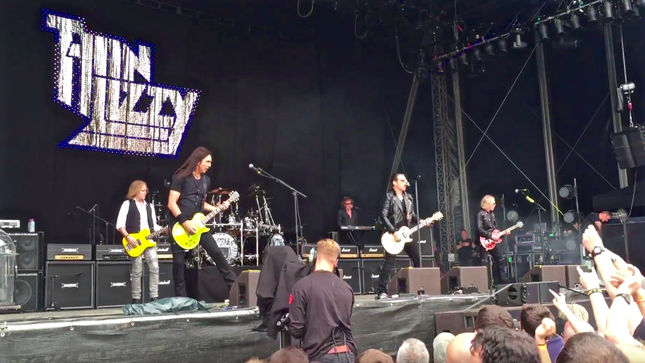 Thin Lizzy recently announced that Aerosmith’s Tom Hamilton is playing bass on the band’s Anniversary shows planned for 2016 / 2017. In addition to Tom’s appointment on bass, previously announced Motörhead drummer Mikkey Dee has been replaced by Judas Priest drummer Scott Travis on all shows except August 6th in Sweden, where Europe drummer Ian Haugland will be on the drum stool.

Footage of the band performing the classic, “Jailbreak”, on June 18 at Monsters Of Rock in Bietigheim-Bissingen, Germany, can be seen below:

All shows are currently on sale at ThinLizzyBand.com.