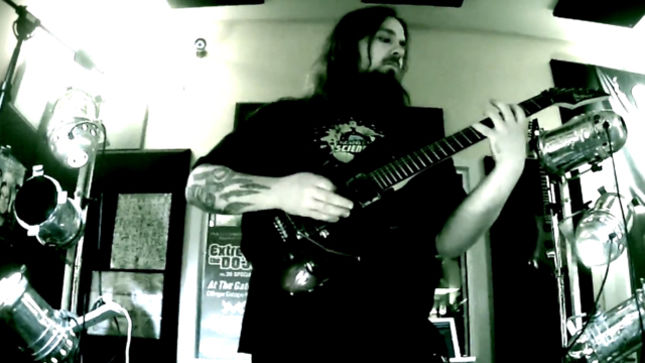 Prog metal outfit Third Ion, featuring former members of The Devin Townsend Band and Into Eternity, will release debut album, 13/8Bit, on May 25th via Glasstone Records. The band has released a teaser video featuring music from the album; check it out below:

13/8Bit will be available in CD format through the label and in digital format on iTunes. Album artwork comes courtesy of Harley K at Necrographix.

The lead single, "Capitol Spill”, can be streamed below:

Third Ion is the product of a mutual love of prog, video games, and science. The debut album will contain eight to ten songs, including the title track which is written entirely in 13/8 time signature. 8-Bit musical renditions of every song will be released as well, to pay homage to their 1980s classic gaming inspirations.