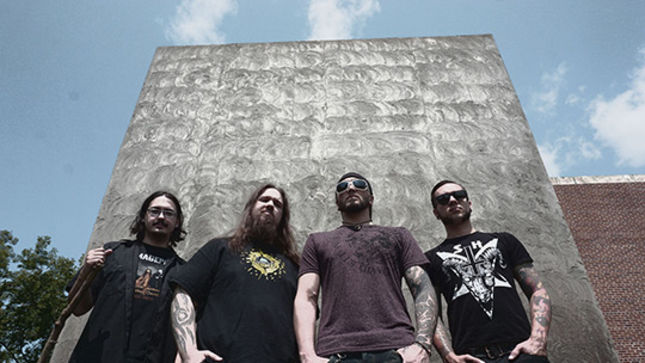 Prog metal outfit Third Ion, featuring former members of The Devin Townsend Band and Into Eternity, has signed with the UK’s Glasstone Records for the release of their debut album 13/8Bit. Album artwork comes courtesy of Harley K at Necrographix. A winter/spring 2015 release date will be announced in the near future.

Glasstone Records stated "We are very excited to be working with Third Ion and to be releasing their debut album!"

Third Ion issued the following statement regarding the signing and upcoming release:

"We are beyond stoked to announce our partnership with Glasstone Records, who approached us several months ago about releasing our debut record, 13/8Bit. They have been great to deal with this whole time, and have a very artist friendly approach – a refreshing change with the times. The album is 99% finished, and same with the artwork, and once it's all in we will pin down a release date and let you all know! Our hope in working with Glasstone is that it will help us reach a European audience, and result in performing over there as well.

In the meantime, we have decided to share the album cover with you guys, drawn by our friend Harley K at Necrographix - we have been sitting on this for a while, and can't wait to unveil it. Even if people only collect music digitally, we are nerds and this album cover is important to us! We are also having a CD Listening Party in Regina, SK (Canada) at the Exchange on December 18th at 8PM, so if you're in our neck of the woods come and hear an early preview of the entire record, and maybe some other surprises."