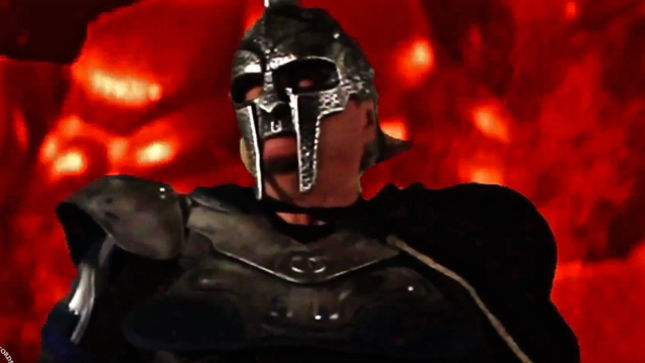 After a year that saw a deluxe reissue of his career-launching 1983 album Unchained as well as seeing his life’s story retold in the documentary film I Am Thor, which has been picking up awards at such prestigious film festivals as Slamdance and Fantasia Fest, metal legend Jon Mikl Thor is capping off one of the biggest years of his career with the release of his newest studio album Metal Avenger on October 30th.

Joining the metal savior on this epic recording is a slew of luminaries from both the rock and punk worlds including powerhouse vocalist Henry Rollins, Motörhead guitarist Fast Eddie Clarke, Dead Boy Cheetah Chrome, Twister Sister axeman Jay Jay French, Christian Death guitarist Rikk Agnew, D.O.A.’s own Joey Shithead plus Ritchy Stotts of Plasmatics, Betsy Bitch and many others. The album will be available on both CD as well as a limited edition “blood red” vinyl pressing courtesy of Deadline Music.

“This is my most ambitious and best album in the history of my career,” Thor states boldly. Reteaming with producers Bruce Duff (Twisted Roots) and Frank Meyer (Streetwalkin’ Cheetahs), the group began writing new material and “came up with the concept of the Metal Avenger whereby each song represents Thor’s quest to overcome the overlords of the planet Psykon and free the slaves on the master ship. There is adventure, intrigue and love in the lyrics and story. But most of all there is strength in the music. These songs are HEAVY yet melodic.”

Recording took place at Kitten Robot studios with engineer Paul Roessler (The Screamers, 45 Grave) behind the board. Speaking of his guest performers, Thor offers, “I was very fortunate to perform with these incredible musicians who are each superhero characters in their own right. With my Comrades of Metal, I feel more powerful than ever!”

Check out the “Metal Avenger” video below.

Catch Thor perform live along with screenings of his documentary at these following locations: