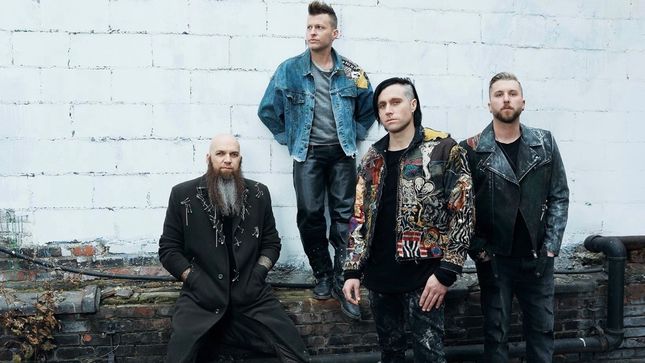 Three Days Grace confirms the 16-date The Outsider Tour of their native Canada in support of their sixth full-length album, Outsider.

Said drummer Neil Sanderson about the forthcoming tour: “As cool as it is to tour and experience the world, there’s nothing better than going coast-to-coast for all our fans here at home. Can’t wait!”

The group will perform in cities including Halifax, Quebec City, Montreal, Calgary, Edmonton (full dates below) and tickets for these dates will be available here on Friday, July 20th at 10 AM, Local Time (with the exception of the November 29th Windsor show, which will go on sale Saturday, July 21st at 10 AM, Local Time).

Every pair of tickets purchased for the upcoming Canadian headline shows will include a physical CD or digital download copy of Outsider. Additionally, Three Days Grace will be touring with Avenged Sevenfold and Prophets of Rage throughout this summer. This tour kicks off July 22nd in Mansfield, MA at the Xfinity Center, and tickets are currently on sale.