TIM "RIPPER" OWENS On Being In The Music Industry - "Nowadays You Have To Have Endurance More Than Ever; Get Out There And Do What You Love To Do" (Video) 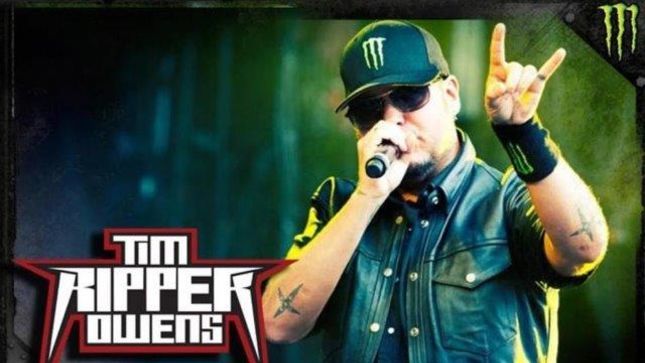 Former Judas Priest / Iced Earth frontman Tim"Ripper" Owens is featured in a new interview with Eric Blair. In the clip below he talks about Ronnie james  Dio, Vivian Campbell, politics in 2016 and more...

Owens spoke about the new Charred Walls Of The Damned album, if he would have changed anything in his time with Judas Priest, a Trinity album in 2017 and his upcoming musical projects.

On what would have happened if he would have recorded a third Judas Priest album:

On if he could go back and do something different in Judas Priest:

“First of all I wouldn't come out on a Harley motorcycle because the band was like this is our thing. I never really cared for that. We turned down a lot of gigs, Ozzfest they didn't want to do it and I wish they would had done, I'm not sure why we turned it down.”

“It's all little teasers, we do a little bit of a teaser on Geoff's record and we do this little teaser of this tour and I guess the whole main goal is to make a record and have these three voices on there. We have this tour coming up in November we have about ten shows and then next year we are going to try to do more shows around the world and make a record.”