TNT Gearing Up To Record New Studio Album; Tour Dates In Planning For 2017 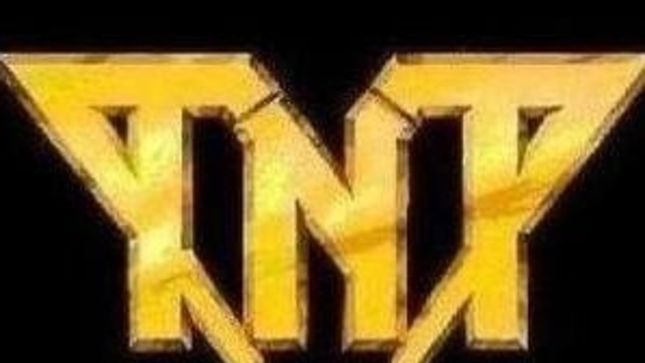 TNT frontman Tony Harnell has checked in with the following update:

"Hello friends, it's been awhile! Hope you're all having a fantastic summer. Just wanted to send out a short note to you all.

TNT is working away in the studio and things are going well. I'll be back in Norway next week laying down vocals and writing with Ronni. We will announce our new record deal and approximate new album release date soon. We've also brought on a new worldwide agency and will be announcing tour dates for next year. More specifics coming soon on all the above!

As for me, I'm working on a few things of my own including two solo shows on December 16th At Chrome in Waterford, NY and December 17th at The Loft at  The Chance Theater in Poughkeepsie, NY. Ticket links will go out in the next few days for both shows.

Also in my next email to you I hope to announce an exciting new project...or two.

Love to you all!"

TNT announced back in May that that Tony Harnell and guitarist Ronni Le Tekrø will start writing new material together for the first time in over 10 years and that the Norwegian/American band plans to enter the studio to start recording new music this summer. The new lineup will be announced soon.

"We're happy to be working together creatively again and hope our fans are as excited as we are," says the pair. "We're already booking shows in the US and across the world in 2017 and also hope to play in as many countries as possible over the next couple of years. Hopefully many countries that we haven't been to in a long time or perhaps ever. Stay tuned for more news soon."