TOBY KNAPP - New Solo Album, From The Aether, Due In June 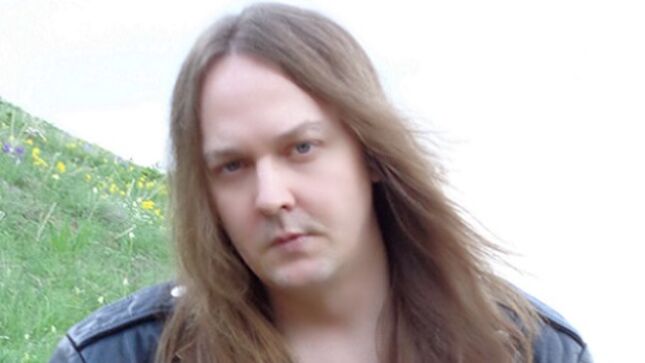 Moribund Records will release Toby Knapp's new solo album, From The Aether, on June 11. The record will be out worldwide on CD, as well as all digital and streaming platforms.

"I hope to play some regional shows (possibly more) this summer to support the album," says Knapp. "Of course in these times it is too difficult to say for sure. Artwork unveiled soon."

"The Where Evil Follows album is coming along quickly with five songs already finished. If I can compete it within a month or two, it will most likely be out this fall. Where Evil Follows will also be released on Moribund Records and I will seek a vinyl license deal as well."

"Mathias Kamijo of Swedish black metal band, Algaion, has begun a side project and I will be contributing guitar work to that as well. Mathias has already sent me three songs to start work on. I discovered Algaion twenty-six years ago and have been a huge fan ever since. I can only think of a small number of musicians I would actively seek to work with and Kamijo is one of them!"