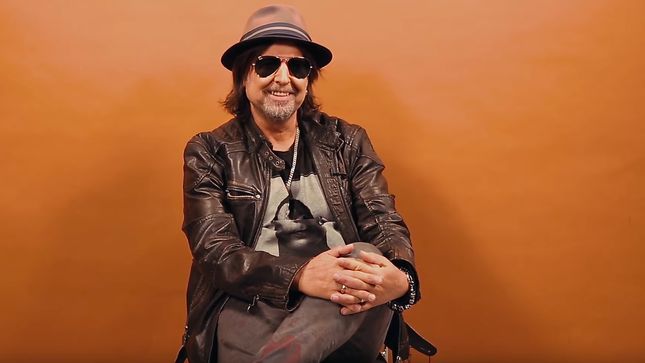 "I am thrilled that this Thursday, December 17th, Todd 'Dammit' Kerns Talks To... Phil Campbell from Motörhead and Phil Campbell And The bastard Sons," begins Kerns. "As we start to round up the year, Lemmy (Kilmister - Motörhead frontman) is always on my mind. He was born in December, he left us in December. Motörhead has been one of the single greatest influences on my life and getting to call Phil a friend is a great honor. You must check out his band Phil Campbell And The Bastard Sons. Literally Phil and three of his actual sons. Not bastards at all. Their Mom doesn’t appreciate the band name that much, but they are a great slab of down and dirty rock n roll. See you Thursday! Artwork by the ever great Scooter Magee."

Phil Campbell And The Bastard Sons have released their new album, We're The Bastards, via Nuclear Blast. To celebrate, the band has unveiled a video for "Born To Roam" that you can watch below.

Phil Campbell on the new song: “If you want some feel good rock n roll to help you through these continuing depressing times and need something to uplift your spirits then buy this album! You won’t regret it.”