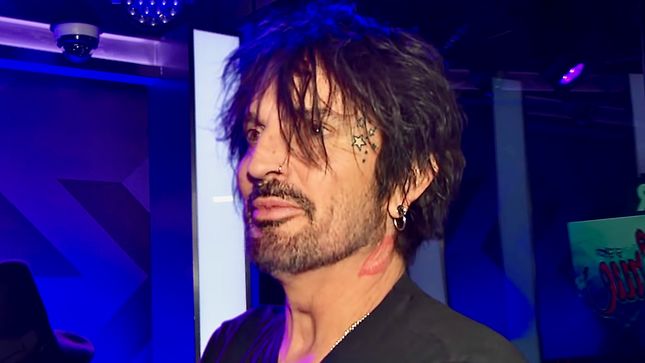 Lee shared a teaser for the new tracks, and said: "BIG NEWS... 2 songs out on Friday!"

Lee's Calabasas, California home is back on the market for $4,599,000. A video tour of the house can be found below.

A description from The Agency follows...

Set atop a spectacular hillside against the extended city light views lies this architectural compound which brings the perfect balance of a tropical escape and artistic functionality. A lush central atrium with natural tropic open to the sky with a retractable roof illumines natural light throughout. Uniquely modelled with the flow and scale far and wide. A spacious chef's kitchen with center island, stainless steel appliances and granite counters. Entertainers living and dining room, a spacious office/library with a private terrace. The main level Master Suite with personalized tranquility, large scale glass doors slide open to the beautiful outdoor space with a private pool and spa overlooking the city views. A large walk-in closet generously scaled for ample space to both his and hers adjacent to a beautifully appointed master spa. The lower level offers a true compound made for imagination, creativity and inspiration. A professional recording studio skillfully engineered with isolation booths and a control room. Adjacent is a home screening room and personal concession bar as well as lower-level dining and wine tasting quarters. Lower level garage parking and ample storage. This magnificent compound is truly a unique offering for the creative lifestyle it demands.

Tommy began his relationship with the company as a late '80s pedal endorser and later as one of the first mainstream hard rock players to play DW Drums. He toured with his first DW kit during the Dr. Feelgood era and was featured in DW’s popular American Dream video series in the early '90s.

DW’s Founder Don Lombardi recounts Tommy visiting his workshop to have his pedals tuned. While waiting, he sat at a set of drums John Good, DW Vice President and Drum Designer was developing. "He started playing and wouldn’t stop; he was amazed at how the drums sounded," explains Lombardi. "A light went on in my head that Tommy Lee represented a generation of drummers who hadn’t experienced handcrafted drums." A short time later, he bought a kit and a year later he became an official DW Drum endorser.

Tommy Lee is one of the most entertaining drummers in rock. His famous gravity defying drum solos, including the famous roller coaster, have literally turned the drum solo on its head. Lee’s drumming helped define and power the pulsating heartbeat of Mötley Crüe, and his hard-living, rockstar persona and high-profile social life propelled him to become a pop culture, household name. Commenting on coming back to DW Tommy said, “Welcome back? I never left. I just took a lil journey trying some new things. And speaking of new things, damn they’re poppin' at DW. I’m insanely excited about them and the new gear. So stoked to share everything with ya!"

Mötley Crüe is currently enjoying a massive new audience since the release of the Netflix film The Dirt, a dramatized biopic of the band. So many new fans demanding for the band to come back together, the fuse was lit for the new tour. "…the fans spoke and Mötley Crüe listened!" said Colson Baker (aka Machine Gun Kelly) who played Tommy Lee in the film. A hotly anticipated stadium tour is scheduled for this Summer starting in Jacksonville on June 18th.  The tour, consisting of thirty-one shows, has already sold out twenty-five stadiums and sold more than one million tickets to eager fans. Joining the band on tour will be Def Leppard, Poison and Joan Jett And The Blackhearts.

To find out more about DW, its artist and products, go to dwdrums.com. 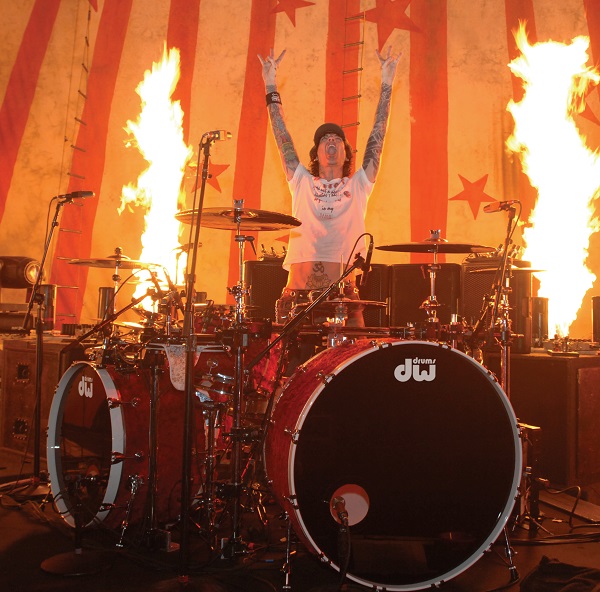