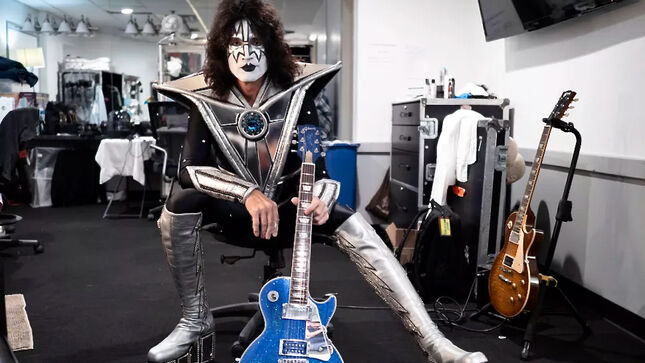 Speaking to Australia’s Wall Of Sound, KISS guitarist Tommy Thayer talked about the band’s End Of The Road hitting Australia and other topics.

Thayer was asked about the KISS symphony show in 2003 which would be released as KISS Symphony: Alive IV; it was Thayer’s first big show replacing original guitarist Ace Frehley.

Thayer said: “It was huge for me, as it was my first official show as the lead guitarist for KISS. The year before was a transitional time for KISS with things changing (within the band). I did a few gigs in 2002, filling in for a couple of things we did. But then we got geared up for the KISS Symphony show, and that was really my coming out as the lead guitarist in KISS. It was a phenomenal experience but it was an important time – there was a lot going on. We were recording a DVD and doing a documentary and live album, so there was a lot to deal with at time the time, so I felt a bit of pressure to be honest with you.”