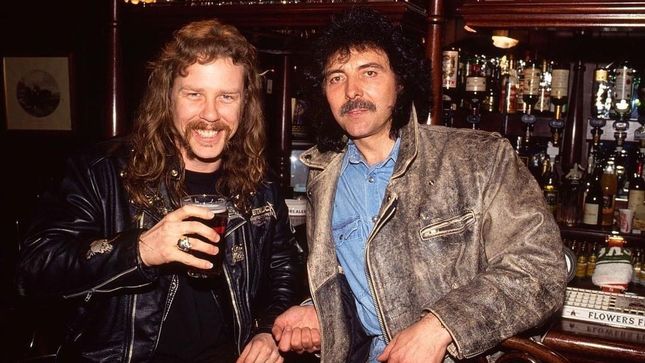 Iommi states, “My best out to James Hetfield. You’ve done the right thing seeking help - I’m thinking of you my friend and wishing you all the very best on your recovery. Looking forward to seeing you back at your best very soon. Your pal, Tony.”

James Hetfield has been a friend of mine long before @Metallica. I always looked up to him as a musician even when we were in high school. If he needs anything , he has my number. I have been sober for 2 years. It's not easy. I'm with you big guy. pic.twitter.com/W4zmup8iTH


McGovney appears on Metallica's early demos (circa 1982). It has been reported that tensions with then-guitarist Dave Mustaine influenced his decision to leave the band.

A band statement regarding the tour cancellation reads as follows:

“We are truly sorry to inform our fans and friends that we must postpone our upcoming tour of Australia and New Zealand.

As most of you probably know, our brother James has been struggling with addiction on and off for many years. He has now, unfortunately, had to re-enter a treatment program to work on his recovery again.

We fully intend to make our way to your part of the world as soon as health and schedule permit. We’ll let you know as soon as we can. Once again, we are devastated that we have inconvenienced so many of you, especially our most loyal fans who often travel great distances to experience our shows. We appreciate your understanding and support for James and, as always, thank you for being a part of our Metallica family.

All tickets purchased to the shows in Australia and New Zealand, including Enhanced Experiences and Black Tickets, will be fully refunded. More details on how to obtain your refund are here.”