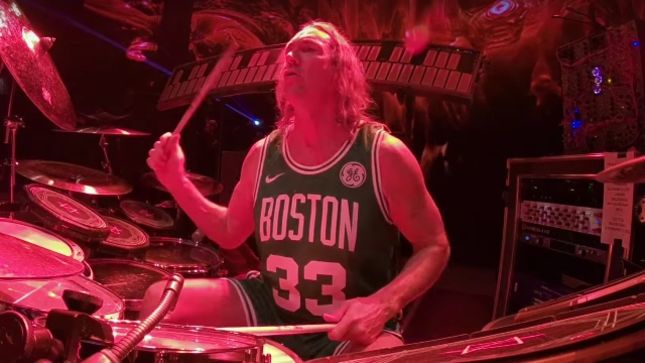 In the clip below, courtesy of Vic Firth, Tool drumnmer and signature artist Danny Carey performs "Pneuma" from their latest album, Fear Inoculum, in Boston, MA.

From Music Radar: "Any Tool release is a treat for all instrumentalists, but Danny Carey delivered, as usual, making Fear Inoculum one of the drum albums of any genre. With potentially years of learning to be had from his performances, it's always nice to get a glimpse of the man himself performing up-close. And drum cam footage released on stick manufacturer Vic Firth's YouTube channel this week gives us exactly that."

During Tool's January 10th show at the Viejas Arena in San Diego, CA, Carey paid tribute to Rush legend Neil Peart with a partial performance of "A Passage To Bangkok" while a photo of Carey and Peart was projected on a giant screen. In addition, the "walk-out" music at the end of the night was reportedly Rush's classic, "2112".