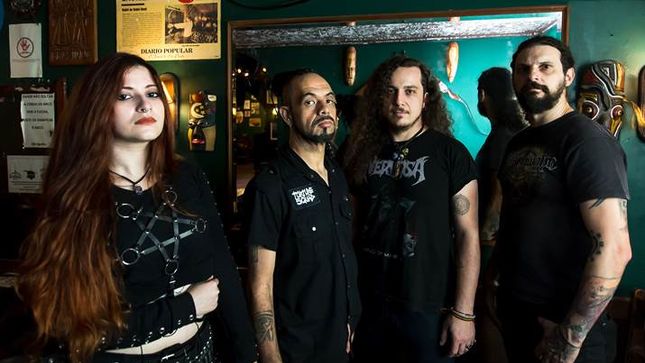 The recording process for the new Torture Squad album, the ninth studio record, started in early 2020, but due to the pandemic, it was abruptly paused by rules of social isolation and for the safety and health of everyone those involved in this record.

Even with the pandemic in evidence, the band has announced they have resumed the recordings of this awaited album, following the rule all the safety protocols that are required by the ministry of health of the city of São Paulo.

That said, the band is already working hard at the studio Bay Área and the recordings of Mayara's vocals are in an advanced stage. The vocalist even reports how it was during this period of paralysis and how she prepared to record the new songs:

“We had finished recording the instrumental bases at the beginning of March, and then it would be the voices' turn. We had time to work on just two songs before social isolation started. We didn't know how long it would take to resume recording, so even though I was away from the band I was always in touch with our music so I could be prepared for the return as soon as possible. Everything is going very well in the recordings, and I feel very safe with my voice.”

Soon more updates about the new Torture Squad studio album will be revealed to the band's fans on their social networks.