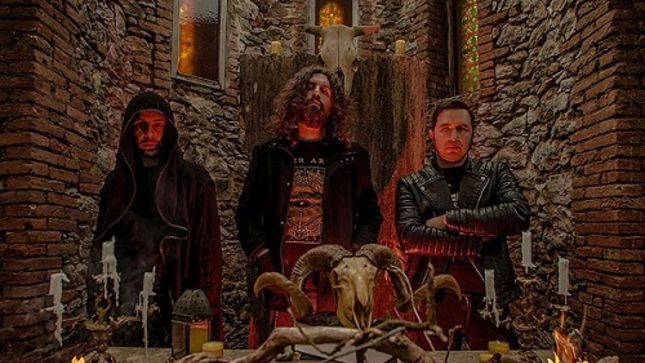 Spanish dark metallers Totengott have revealed the cover art of their imminent second album, The Abyss, as well as the first advance single, which will be released on April 16th through Xtreem Music on CD format and Burning World on vinyl format.

Containing four long tracks, The Abyss has been recorded, produced and mixed by Totengott at The New Farm studio during 2018 and early 2019, and has again been mastered by James Plotkin (Conan, Electric Wizard, Jesu). The design of the cover was made by Néstor Ávalos.

Hear the aforementioned advance single, "Ceremony II: The Way Of Sin", below. The cover art and tracklisting are as follows:

"Ceremony II: The Way Of Sin":