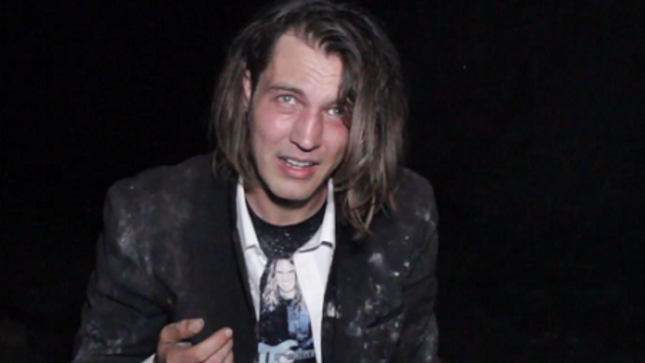 Ellefson Films, the new film production company run by Megadeth bassist David Ellefson and his business partner, music and film producer and industry exec Thom Hazaert, are partnering with musician, filmmaker, actor Drew Fortier (Zen From Mars, Her Name Was Christa) on an original horror film titled Dwellers, with Fortier writing, directing, and starring. Additionally, Hazaert and Ellefson are both set to appear in the film as featured cameos.

The plot for Dwellers is as follows: While shooting a documentary on the suspicious disappearances within the homeless community, a filmmaker and his crew go missing while uncovering a terrifying and vicious secret below the city's surface. The official trailer can be seen below:

David Ellefson and Drew Fortier recently appeared at Frightmare In The Falls, a horror convention in Niagara Falls, Canada where the pair participated in a Q&A panel, revealing behind the scenes details of their upcoming 2020 found footage horror film Dwellers. Video of the near hour-long chat can be seen below, courtesy of Convention Junkies: