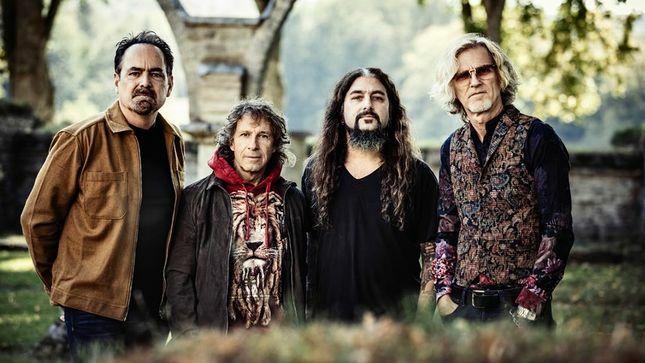 Ultimate Guitar caught up with guitarist Roine Stolt (Transatlantic, The Flower Kings) to discuss the new Transatlantic record, The Absolute Universe, which is out now. Following is an excerpt from the interview.

UG: What was it like working with Mike Portnoy, Neal Morse, and Pete Trewavas again for the first time since the last album, 'Kaleidoscope,' in 2014? How did it turn into essentially two albums?

Roine: "We have certainly found a method of working - and we always end up with a great result. The creativity is indeed stunning, we're the rather odd combination of characters - and that's probably the strength. We've become a team over the years - however geographics and the difference in our personalities also means that we may not be the natural 'hang' while not working together - but as Transatlantic, we're indeed a strong and magic team."

The 'long version' was the initial recording - what we started working on, in September 2019 - that went on until summer 2020 - then Neal felt that the album was 'too long.' But myself and Mike wanting to keep the long version - 'Forevermore' because it was just brimming with crazy and cool ideas - while Neal and Pete felt we should do a shorter more digestible album 'The Breath of Life.'

UG: For those of our readers who are new to the Prog genre, what are five essential prog records they should listen to?

Roine: "Oh, that isn't easy... all depending on taste and what you classify as 'Prog.' "I would say King Crimson, Red; Yes, Relayer; Frank Zappa/The Mothers, Live At The Roxy; Soft Machine, Bundles - with Allan Holdsworth; and Jon Anderson, Olias of Sunhillow.

I know these are not really into the more metal side of prog - these are all truly classic old school and daring music with fantastic playing and inventive writing."

As Portnoy explains: “We've got two versions of this album. There is a two CD presentation, which is 90 minutes long, and a single one - that's 60 minutes. However, the single CD is NOT merely an edited version of the double CD. They each contain alternate versions and even in some cases, new recordings. We wrote fresh lyrics and have different people singing on the single CD version tracks as compared to those on the double CD. Some of the song titles have also been changed, while others might remain the same, but compositionally what you'll hear has been altered. You must appreciate that what we have done is unique. We revamped the songs to make the two versions different.” Pete Trewavas adds: “We did write some new music for the single CD, what's more, there are also differences in the instruments used on some of the tracks across the two records.”

"Looking For The Light" video: