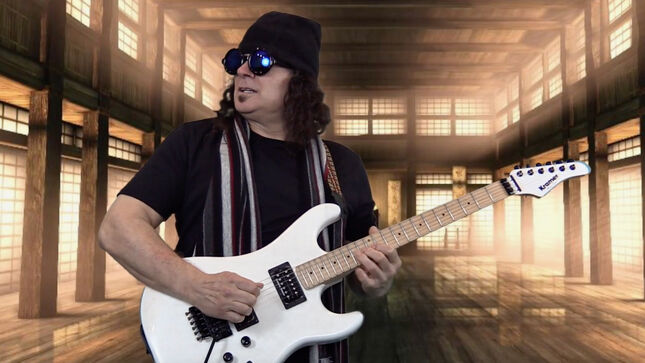 Vinnie Moore, best known for his solo albums and work with rock icons UFO, has released a new video for “Kung Fu Grip”, from his latest album, Soul Shifter.

Says Vinnie, “This is one of my funkier and playful songs. Making this video was some of the most fun ever. Scott Johnson from Rock Titan TV filmed and put this video together for me. Our goal for this was to be as cheesy and funny as possible. I showed my absolute mastery of nun chucks, swords, and kicks in this vid. hahaha.”