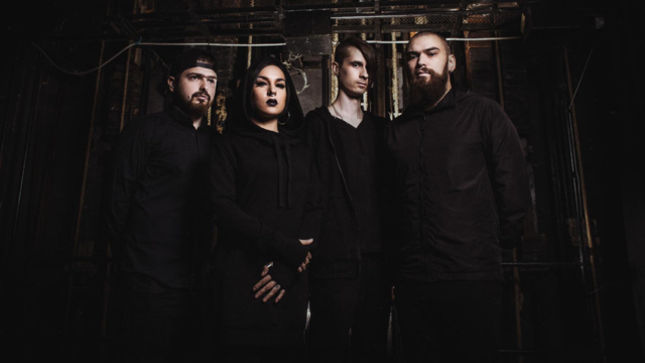 Ukraine-based act Jinjer creates an explosive mixture of groove metal and hardcore, flavoured with progressive elements. Since 2013, when this 4-piece were acknowledged as the Best Ukrainian Metal Band, they have managed to keep the leadership on stages in their country.

The band featuring powerful frontwoman Tatiana Shmailyuk has now released the details of their third full-length album and Napalm Records debut, entitled Words Of Wisdom, and due for release on July 27th via Napalm Records.

The band has premiered their first music video for the track “Words Of Wisdom”. Says the band: ““Words Of Wisdom” is our first video to support the upcoming album entitled King Of Everything. Really cool that we can at last share with the other people all over the world a piece of the new music we were composing in the last seven months. We have been planning to film a hardcore style video for a very long time, and finally we got a chance to do so with this song. The message of the song is very close to that rebel atmosphere of a hardcore stage. The song says it's time to awake our sleeping conciousness and break the boundries of the censorship and ignorance."

King Of Everything tracklisting: