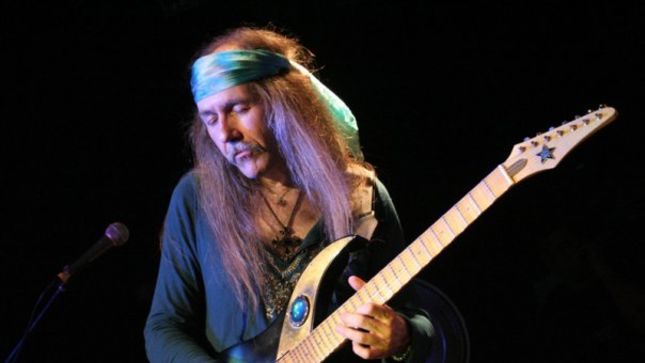 Jimmy Kay at Canada’s The Metal Voice recently spoke to former Scorpions guitarist Uli Jon Roth. They discussed Roth's upcoming North American tour, his new live CD/DVD the Scorpions Revisited, and his days playing with the Scorpions. Check out the audio interview below:

On the controversial album atwork when he was with the Scorpions: "With hindsight, I think that every single album cover I ever did totally sucked, even the later ones I never really liked them. Most of them were either poorly executed or in very bad taste and I am afraid I was part of it. I take my share of the blame. Each time when somebody asks me to sign Virgin Killer I just cringe. "

On possibly re-joining the Scorpions for one last album: "There was an album on the horizon or some recordings some years ago, there was talk of that but it didn’t happen. And after the band went on a farewell tour that all kind of fell asleep. But I would be interested."

On writing new material: "I have written more than one albums worth of material and it’s been sitting around for some while. On this tour during the sound checks we will spend some time  working on the new material. We are doing VIP passes with a difference cause people will be able to hear some of that new material during sound check."

Uli Jon Roth, is set to bring his Ultimate Guitar Experience Tour to North American stages in early 2016, kicking off on February 26th at the Culture Room in Ft. Lauderdale, FL and concluding on April 8th in Melbourne, FL after a thirty five date run in eighteen states and three Canadian provinces.

“I'm happy to say that there will two fellow great guitarists on tour with me this time; none other than the fabulous Jennifer Batten and the very talented Andy Timmons. Together we'll be celebrating the spirit of our favourite instrument – the electric guitar!” exclaims Roth. “I'm really looking forward to this tour and I'm sure that between the three of us – and the audience – sparks will fly!”

All three guitarists will first play solo sets featuring their own music and then join together for a set. Uli's own set is to be drawn from his entire back catalogue, including his latest release, Scorpions Revisited (out on UDR Music) as well as Transcendental Sky Guitar and will emphasize material from the Electric Sun period.

“I haven't played the Electric Sun stuff live in thirty years and it deserves to be heard,” declares Uli. “This is in order to celebrate the thirty five year anniversary of the first Electric Sun album, Earthquake.”

The six string hero will also present a new concept related to VIP pass holders. He explains in detail: “Each night, before the main concert and during soundcheck we are going to perform a dedicatedAcoustika Concert, featuring different songs from those of the main event for the VIP Pass holders exclusively.

“In that context, you are also going to be able to be present at an onstage rehearsal of some of my new songs for the next album.”

He continues, “This is an unusual idea, but I always felt that songs are benefiting greatly from being played in front of a live audience – before actually recording them – and I am sure that this will help us to galvanize things and to fully crystallize the new material that I have written.

“We have never tried this before, but I feel that this is a new and exciting idea. So, please – if you can make the time – help us to make it happen by participating and joining us for the private pre-show event!”

More info can be found at this location. 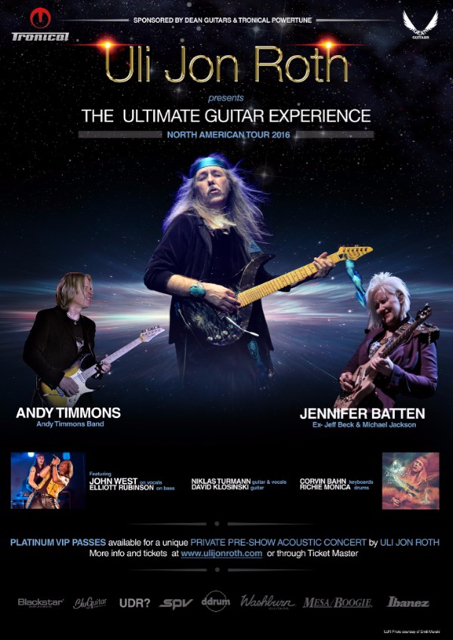