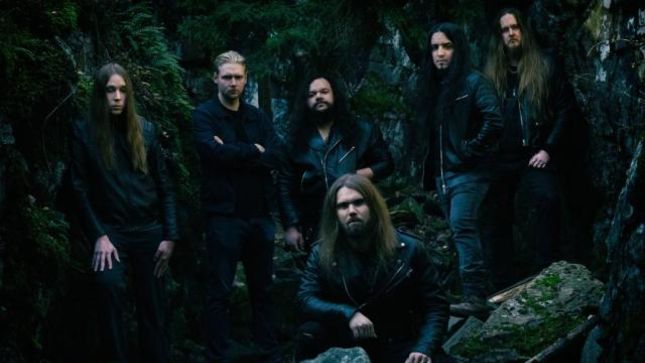 Ulthima is based on a vision of Ricardo Escobar and Antonio Valdés, who are from the city of Monterrey in Mexico. They tried for years to get the band started and played a few gigs but the metal scene in Mexico was difficult for new bands with a niche genre during that time. They wanted to move to Finland with the sole purpose of making music, and through some twists and turns as well as some serious hardships they finally ended up there in 2016, managed to stabilize their lives and started to focus on the band again. Towards the end of 2018, Ulthima was finally in its current form and in 2020 they recorded their first studio album out of songs that has been over 10 years in the making. It is due to be released via Inverse Records.

In the early days of writing the songs for Ulthima, Ricardo was inspired by for example Children of Bodom and Kalmah, as well as some power metal bands that can be recognized from the themes of the lyrics and the less melancholic melodies than most bands in the genre. Later the scope of influences has broadened and they’ve added vibes from bands such as Japanese symphonic metal band Versailles.

Ricardo: "Although 'Eternity' was written under pressure as the last song to finish the album recording, it is still one of my favorites. The chorus was the first riff I wrote after moving to Finland becoming a very significant melody for the album. The lyrics express darker thoughts from the past."

Tuomas: "First, I didn't really even quite understand what the song was about even though I wrote a couple lines for it. It leaves lots of room for the listener to interpret and the melodic variety in it makes it really fun to perform."