ULTIMATE JAM NIGHT To Broadcast Via RYouLive Beginning With NAMM 2019 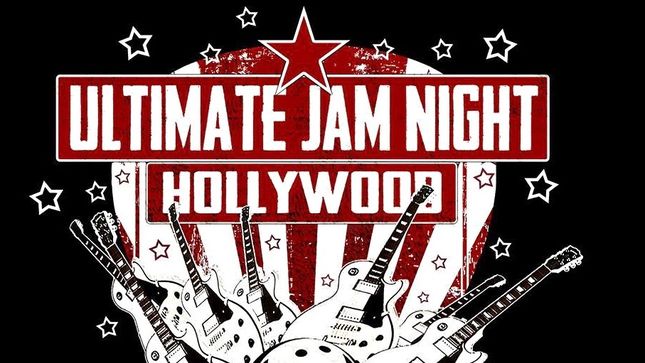 Ultimate Jam Night, the long-running show in residence at the Whisky A Go Go today announced its association with RYouLive a unique livestream broadcast outlet beginning with its 2019 NAMM show entitled “The Power of Music” on Saturday January 26th, 2019 at 8PM Pacific Time.

Started by executives previously associated with Spotify, RYouLive originates from Sweden with offices globally. Livestream broadcasts are available via a free downloadable app at Google Play, and Apple iTunes. A simple registration process allows the viewer to have access to a world of innovative content.

Ultimate Jam Night will have its own dedicated channel, and broadcast of the 2019 Ultimate NAMM Night “The Power of Music” show live from NAMM will be easily accessible via a single click. The January 26, 2019 performance will feature over 90 artists including Steve Vai, Billy Sheehan; members of Exodus, Anthrax, and The Butcher Babies; Rikki Rockett of Poison, Fuel’s Brett Scallions, Members of Candlebox and the Black Eyed Peas, and Glam band The Sweet amongst others in a completely unrehearsed format.

Started in 2015 by Quiet Riot’s Chuck Wright, Ultimate Jam Night is a weekly live show presented free of charge at the Whisky A Go Go. Based around a community atmosphere, the show features the world’s best performing musicians, charitable giving, comedic interludes, and other performance experiences.