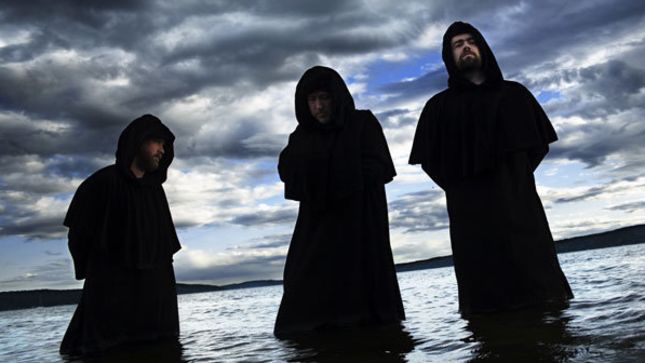 After months of work, the long-awaited box sets of Ulver have finally been sent off to the pressing plants. The title of the box already gives a glimpse of what to expect: Trolsk Sortmetall 1993 - 1997 presents the formative (metal) years of Ulver. It contains the albums Bergtatt (1994), Kveldssanger (1995) and Nattens Madrigal (1996), collectively known as The Trilogie - Three Journeyes Through The Norwegian Netherworlde (released under this title as a 1000 limited edition triple picture vinyl box set in 1997). Bonus contents will be the band’s demo tape Vargnatt (1993), the rare compilation track “Synen” (Cthulhu Records 1997) as well as a recently unearthed 4-track rehearsal recording featuring tracks from Nattens Madrigal.

With the exception of Nattens Madrigal, which is still the ferocious beast it always was - but now with a slightly more compassionate re-mastering courtesy of Tom Kvålsvoll at Strype Audio, Oslo - all the material has been considerately remastered to analog tape by Jaime Gomes Arellano in Orgone Studios, London, and consulted by Ulver’s mastermind Kristoffer Rygg. The test pressings have been wholeheartedly approved by all involved and we here at Century Media think they sound amazing.

Trolsk Sortmetall 1993-1997 comes as a brazen 5CD box set with a canvas-bound slipcase and 100+ page booklet as well as a 4LP box (plus rehearsal tape). The layout has been done by Metastazis, Paris, who has previously worked with Ulver and has for this project been given access to lots of never before seen archival material.

With a total playing time of nearly three hours, Trolsk Sortmetall 1993-1997 is bound to become an essential epitome documenting the early days of these Norwegian (black) metal luminaries.

Contents of the CD box:

Hardcover book with 104 pages of unpublished photos and paraphernalia, original Norwegian lyrics, presentations and their English translations, comments by the band as well as liner notes by Jon ‘Metalion’ Kristiansen (founder of Head Not Found Records and the man behind Slayer Mag), Chris Bruni (Profound Lore Records), Michael Moynihan (author of Lords of Chaos) and Mark Pilkington (Strange Attractor Press).

The 5CD box will be limited to 3,000 copies worldwide.

Contents of the LP box:

The LP box is limited to 2,000 copies worldwide and the pressings will be broken down as follows:

The clear vinyl version will be exclusively offered by CM Distro EU and US. Only one copy per customer will be sold. The pre-sales start on November 20th.