UNLOCKING THE TRUTH To Release Full-Length Debut Album In June 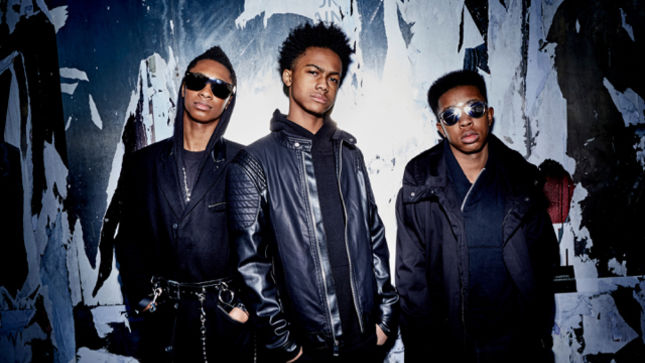 Of Chaos, lead singer/guitarist Malcolm Brickhouse commented, "We can't wait for everyone to hear our album. We've worked very hard to give the fans something they'll love and never forget. We hope they are able to relate to the songs the way that we do and have the time of their lives listening to them. We know that this album will blow you guys away."

Hailing from Brooklyn, teen metal trio Unlocking The Truth's compelling origins have garnered the band significant media coverage well before the release of their debut album. In the past few years, the trio have appeared on national television (CNN, Fuse, BET, Comedy Central's The Colbert Report and more); performed at high-profile music festivals such as Coachella, SXSW, AfroPunk, Heavy Montreal and Bonnaroo; supported such music legends as Guns N' Roses, Motorhead, Living Colour, Marilyn Manson and have been featured in major news outlets, all while attending middle school and now high school.