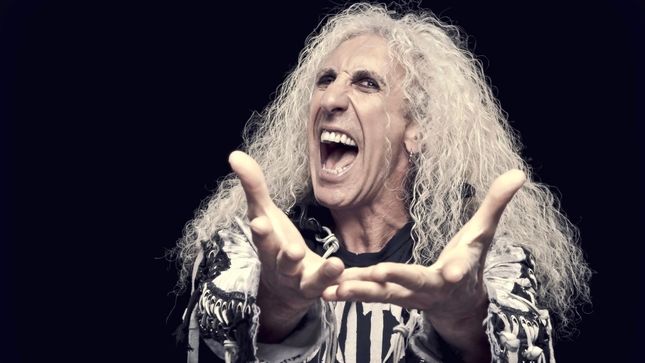 Earlier this week, The Sydney Morning Herald reported that Twisted Sister claim that Australian politician Clive Palmer has ripped off their 1980s hit, "We're Not Gonna Take It", in advertisements for his new political set-up, United Australia Party, and is preparing to sue.

Band manager and guitarist John "Jay Jay" French declared he was not going to take it any more on Wednesday. "We have no idea who this guy is," French said. "This use is unauthorized, and we will do our best to stop it."

Twisted Sister often call out politicians for ignoring the copyright surrounding their famed anthem. In 2012, conservative American vice-presidential candidate Paul Ryan used the song in his campaign until he was requested to stop. In 2013, pro-choice activists in Texas sung it, which Snider endorsed. And in 2015, Donald Trump used the song for his US presidential campaign before Snider asked him to stop.

French said "law-and-order parties" were often most ignorant of copyright. "In the history of the song being out there, whenever a left-wing politician has asked to use it, they've always called and asked. It seems that every time the song gets used illegally it's by an ultra-conservative, right-wing politician."

He added: "I don't know why parties that consider themselves law-and-order parties have traditionally been the least adherent to the law. I'm kinda astounded by that."

Mr Palmer responded by threatening to counter-sue. "I wrote the words personally that appear on our promotion and hold the copyright for those words," he said. "If [Twisted Sister] attempt to use my lyrics in any of their songs, I'll not hesitate to take legal proceedings against them. As foreigners, they should stay out of Australian domestic politics and stay where they are. Aussies are not going to cop it at all!"

He claimed that the Snider's upcoming Australian tour had been slow to sell tickets: "This is understandable given how long ago they had any influence in the world of music."

Snider has since issued the following via Twitter: "@CliveFPalmer @PalmerUtdParty contacted my publishing company @UMG about licensing the song (which means they were aware that they had to) were told the licensing fee...THEN WENT OFF AND RECORDED IT WITHOUT A LICENSE! They can't even claim ignorance!"

Oh it's worst than that! @CliveFPalmer @PalmerUtdParty contacted my publishing company @UMG about licensing the song (which means they were aware that they had to) were told the licensing fee...THEN WENT OFF AND RECORDED IT WITHOUT A LICENSE! They can't even claim ignorance! https://t.co/dLAfOhCWLi— Dee Snider (@deesnider) January 3, 2019

Meanwhile, Dr. Bruce Baer Arnold, lawyer and copyright expert at the University of Canberra told 3AW that Palmer could be forced to pay compensation to the band.

“I think Clive is toast,” Arnold said. “What we’ve got here with copyright in the words, so Clive write his own words, but you’ve also got copyright in the tune. He’s taking without authorization, as far as we know without any payment, he’s taken the tune. He’s using it and getting a benefit from it, a court would say you’re using someone else’s property without their authorization you need to provide compensation. He appears to just have gone ahead and ripped them off, and he’s not going to win in court on that basis.”