VADER Debut Lyric Video For New Song "Shock And Awe"; Solitude In Madness Album Out May 1 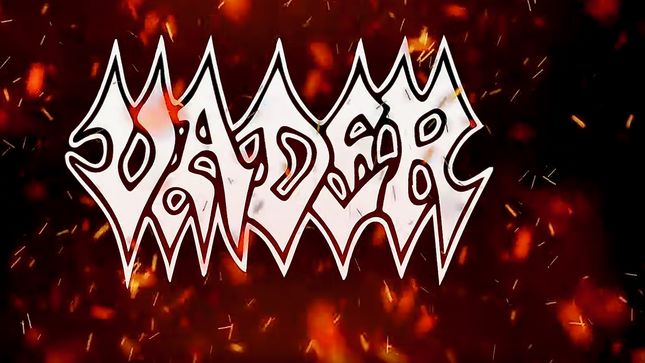 Polish extreme metal veterans, Vader, have released a lyric video for the new song, "Shock And Awe". The track will be featured on the band's upcoming 16th album, Solitude In Madness, out May 1 via Nuclear Blast Records. The album was recorded by Scott Akins at Grindstone Studios in the UK.

A message from the band: "I am so excited to finally show everyone how the new album sounds! 'Shock And Awe' is the opening track of Solitude In Madness and includes all that you would expect from Vader: speed, aggression and blasting brutality. The album has been finished for a while but the procedure requires a little bit more patience. Expect this frantic song to be included on the set list for the upcoming tour in US/Canada. And of course, more hellish thunder is to come soon..."

Vader recently announced their 2020 North American tour. The 23-date trek will kick off at Brick By Brick in San Diego on February 4 and will make stops in Orlando, Brooklyn and Chicago before concluding on February 28 at 1720 in Los Angeles. Joining the band on tour are special guests Abysmal Dawn, Hideous Divinity, and Vitriol. 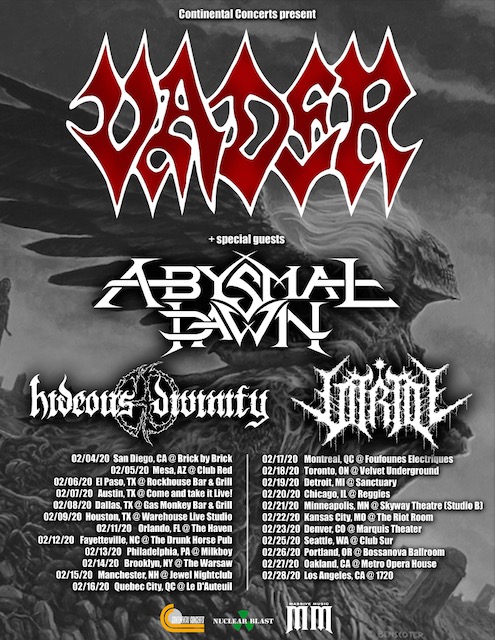