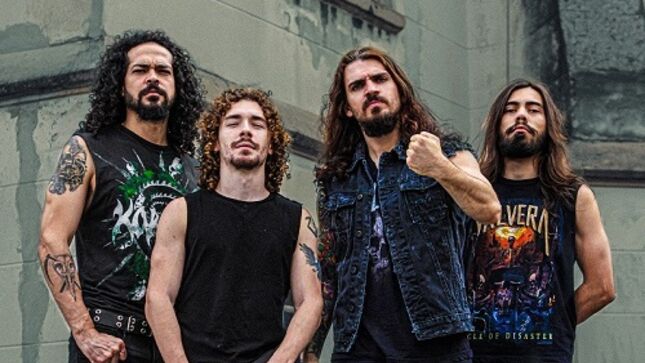 With a balance between aggressive sound, rough and tough vocals, and instrumental variety, the new thrash metal band Válvera continues to promote their album Cycle Of Disaster, released in 2020 on the label Brutal Records. With great production, the band unveils the music video for the track “The Damn Colony”.

Based on one of the worst episodes in Brazilian history, the song tells about the Hospital Colônia de Barbacena, the psychiatric hospital founded in 1903. With a capacity of 200 beds, the hospital housed an average of 5,000 patients and became known for the genocide that occurred between the '60s and '80s. Official estimates report over 60,000 deaths occurred inside the wards due to medical malpractice and torture over the years. Italian Psychiatrist Franco Basaglia compared the place to a Nazi concentration camp.

“We chose this song precisely because it is a delicate theme and very little publicized in our country, and also because it is one of the best songs on the album. The hospital was designed to contain the undesirable. About 70% of the inmates had no diagnosis of mental illness. There were sent 'unpleasant and uncomfortable people', such as political opponents, prostitutes, homosexuals, beggars, among other marginalized groups in society. As artists, we have an obligation to speak, to be the voice of the people, to ask questions so that episodes like this will never be repeated”, comments the band in an interview with Metal Hammer Portugal.