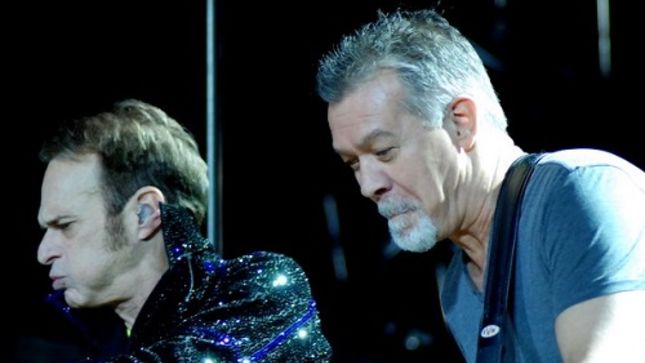 The passing of legendary guitarist Eddie Van Halen on October 6th closes the curtain on one of the most enduring, innovative careers in popular music, reports Ray Waddell of Pollstar. And, as Van Halen manager Irving Azoff notes, the loss of a “loving, gentle soul.”

Azoff managed Van Halen for more than 15 years, taking the helm in the early 2000s and overseeing a string of hugely successful tours.

As ever, hope for yet another Van Halen tour always sprang eternal for the passionate Van Halen fans, and Azoff says it very nearly happened for a 2019 stadium tour featuring founding members David Lee Roth and Michael Anthony. Unfortunately, due to Eddie Van Halen’s health complications, that tour was not to be.

“We had lots of stops and starts, but there was every intention of doing a summer stadium tour (in 2019), and as the cancer moved around, [Van Halen] was physically unable to do it,” Azoff says. Had the tour come off, Azoff is convinced it would have been a blockbuster. Among the plans were for major special guests like Foo Fighters and Metallica to join the band in select cities and, in many ways, the tour would have been considered a fond farewell to one of the greatest bands and guitarists in rock history. “There is no doubt in my mind that it would have been massive.”

As for the possibility of unreleased recordings and future unheard music from the late musician, Azoff says it’s much too early to speculate. “Wolf and Alex will go up to 5150, the studio in Ed’s house, but there’s been a lot of recording over the years,” Azoff says. “I can’t predict that for sure there will be anything new, but for sure they’re going to look at it.”