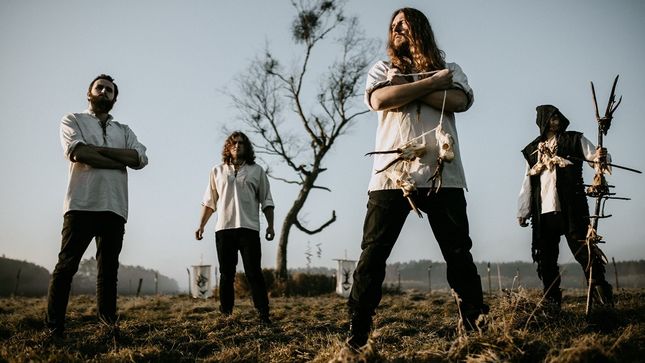 Polish pagan black metal alchemists Varmia have once again provided insight into the writing and recording process for their upcoming third album (and M-Theory Audio debut) bal Lada. After giving an initial peek behind the curtain towards the end of 2020, the band has uploaded a second “making-of” video for viewing.

The new clip features comments from vocalist/guitarist/band founder Lasota and footage of the production process at a makeshift studio that was set up inside a culturally significant 19th Century manor in northern Poland, where the group recorded their instrumentation together as a live unit with no sound editing and tracked additional vocals in an open-air forest setting.

CD and limited-edition brown-marble double-LP editions of the album are now available for pre-order here.

Varmia pays tribute to their Baltic roots by combining black metal with traditional instruments such as the goat horn and the tagelharpa. All of the group’s albums to date have been recorded in culturally significant regions throughout their native Poland. The band continued this practice during the making of the music video for “Upperan”.

Vocalist/guitarist/band founder Lasota had this to say of the video for “Upperan” and the song itself: "An ecstatic dance of flames as they devour the flesh. To disassemble the bones to leave the soul naked in the cold. Nothing brighter than the burning pyre. Nothing colder than the stone stained with the stream of blood. 'Upperan' in ancient Prussian language means "sacrifice." We performed the song at the castle where such stone still stands. Deep in the ground, veiled by the numbness of the centuries, yet still pulsing with its coldness. It conducted these tones." 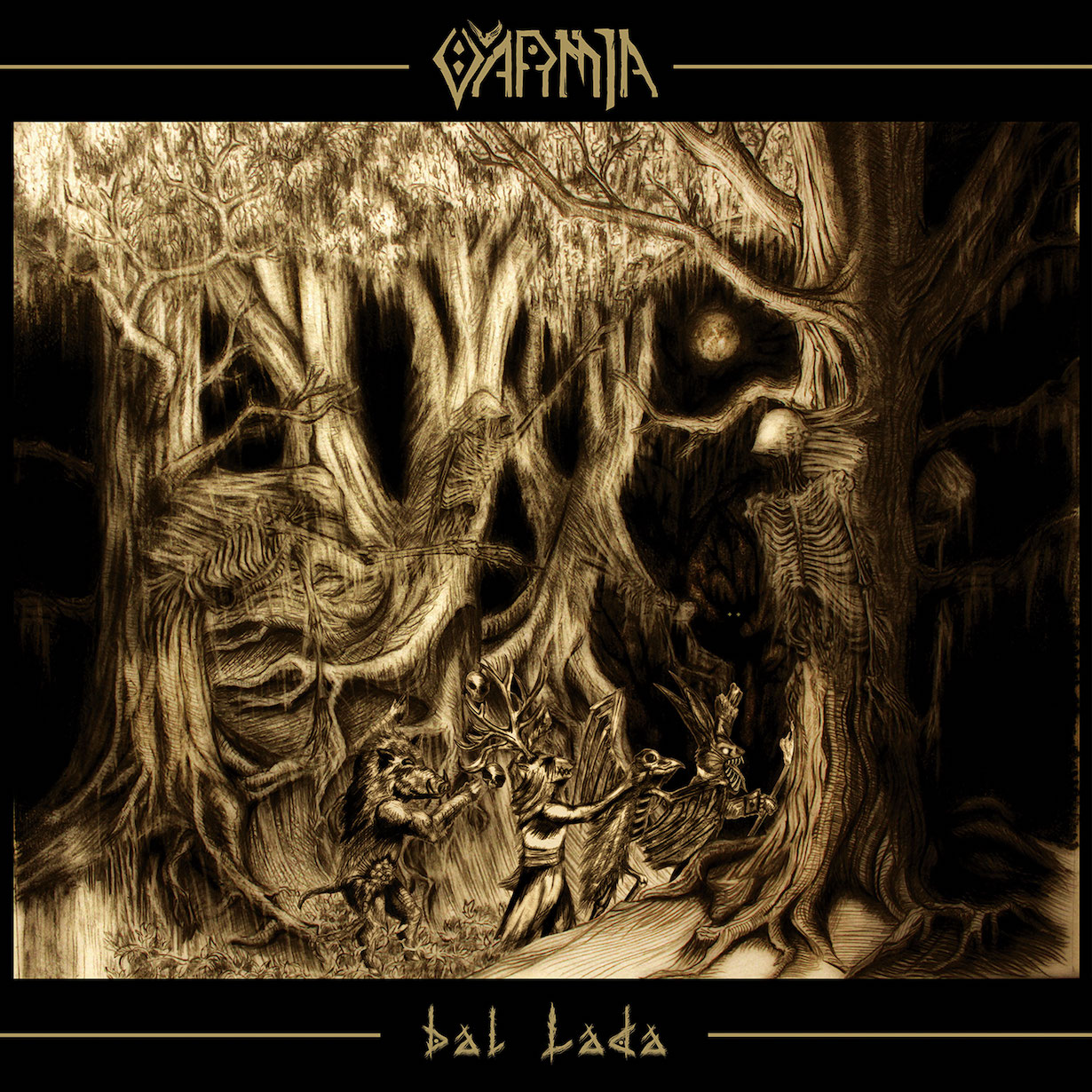 “The album title 'bal Lada' is a wordplay,” explains Lasota. “It's most obvious in Polish, but should translate well in other languages as well. It means both 'ballad' and 'Lada's ball'. The term 'ballad' could refer to a literary form, but is also understood as a sad song. 'Lada' or 'Lado' is an ancient deity associated with both Baltic and Slavic cult heritage. She and/or he was most likely responsible for harmony, fertility and well-being. The title represents our take on the medieval dance of death concept and its depiction in the danse macabre allegory - the 'bal' of life forces, circle of cycles, primal lusts, desires and thus deprivations and metamorphoses of flesh and spirit. This is a ritual dance in the oldest forest on one hand, but it's also a whole universe's life and death cycle on the other. The lyrics are mainly in Polish, but with some elements of ancient Prussian language. The cover art and graphic design is made by our band member Piotr, who plays all the ethnic instruments on the album. Follow the Moon and walk into the silent woods of Warmia.”

Varmia recently unveiled a taste of the sounds to be found on “bal Lada” with the premiere of the music video for the first single from the record, “bielmo”. The visually stunning tribute to the band's home region can be viewed below.