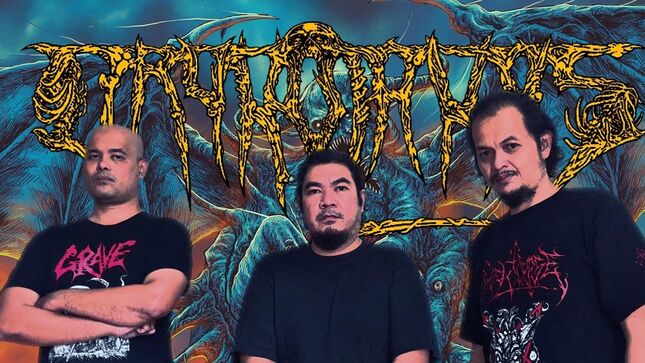 Singapore death metal trio Vrykolakas is streaming their new album And Vrykolakas Brings Chaos And Destruction ahead of its release on July 1.

To the band’s 30th anniversary, Vrykolakas’ third album is a showcase of extreme death metal in vein of Morbid Angel, Deicide, and Immolation while infused and maintaining the band ideology of what Singapore death metal offers. It will be available worldwide on July 1 on CD format by Spanish label Dark Blasphemies Records and special edition South East Asia release in Tape and CD format by Sadist Records. 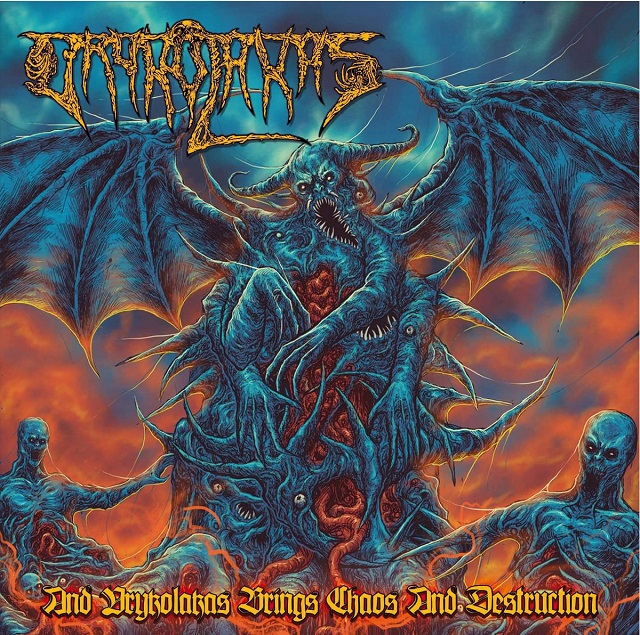 The band comments on the album:

“This is the second version of our third album. The first version was recorded back in 2010 and could not complete the vocals. Five out of the original nine songs from the first version were re-recorded here: 1. Silkhannas Falls From Grace 2. Kaf-Fa-Ra 3. Yajuj Majuj Versus The World 4. The Dajjal Brings Chaos 5. Seven Steps Above Six Under. The original version sounded really chaotic, befitting the album title but with only vocal guides recorded by Khairil. Maybe we will release that as a demo in time to come. We decided to re-record this album with three new songs and reset the tempo of the songs to make them heavier.”