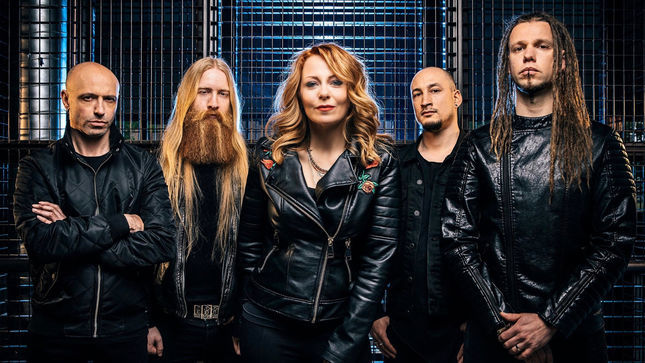 VUUR recently checked in with the following update:

"Exactly one month to go for the release of our debut album, In This Moment We Are Free - Cities. We will host an October 20th album release party at Rotterdam's Bar3. Join Anneke and the band from 8:00pm onwards and admission is free! We don't want to give away too many details, but there will be a special acoustic performance. See you there!" 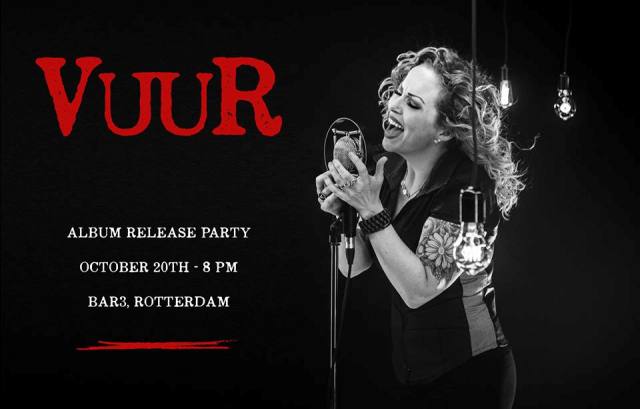 VUUR have released a music video for “My Champion - Berlin”, the opening track of their debut album, In This Moment We Are Free - Cities, out on October 20th worldwide via InsideOutMusic.

Anneke comments: "This song is the opening track of our debut album and it serves as a kind of master of ceremonies. It's both heavy and melodic, it showcases the technical abilities of the band, but you can still sing along to it. That's basically the kind of album I wanted to make. Our guitar player Jord Otto wrote the song and collaborated with producer Joost van den Broek to finalise it. I wrote the lyrics and vocal melodies. This song is about Berlin after World War II. The goddess on the Berlin Victory Column was raised to commemorate military victories, but in the song the city speaks to her and is asking her for help to overcome troubled times. I wanted to make a performance video, one that presents the band as a group that is about music and plays with their heart and soul. That's what we are and I am really proud of this band."

Each track on the new album is named after a city that made an impression on Anneke while touring the world. A teaser video featuring snippets of all songs on the album can be found below. Order the album at this location.

“My Champion - Berlin”
“Time - Rotterdam”
“The Martyr and the Saint - Beirut”
“The Fire - San Francisco”
“Freedom - Rio”
“Days Go By - London”
“Sail Away - Santiago”
“Valley of Diamonds - Mexico City”
“Your Glorious Light Will Shine - Helsinki”
“Save Me - Istanbul”
“Reunite! - Paris”

VUUR recently announced they will team up with Scar Symmetry for a short co-headline tour in December. Opening act for these exclusive shows will be My Propane.

Anneke had this to say: "We're very excited to present our debut album live and hit the road this December. Scar Symmetry and VUUR will each be playing full sets every night. VUUR's setlist consists of mostly new material, but the audience will get to hear some of my previous outings and collaborations as well."

As well as this, in May 2018 Residentie Orkest The Hague will host an encounter with Anneke van Giersbergen. Both nights will feature a career-spanning concert with orchestral arrangements. The song selection will even include material from her yet to be released VUUR album.

Anneke comments: "It's such an honor to be backed by these grand classical musicians with strings and brass interpreting my music. The material will be an interesting cross-section of my career. Some reworks will be a contrast from the original and some, for instance like the song 'Travel', will be given a treatment that is a logical extension of the The Gathering's original album arrangement."

VUUR have also been confirmed as main support to Epica in November/December. You can find the full list of confirmed dates below: