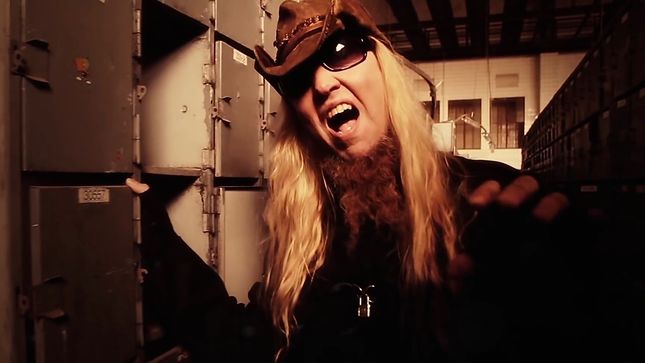 Warrel Dane, the legendary vocalist of Sanctuary and Nevermore, has passed away at 56, having suffered a heart attack Wednesay (December 13th) in São Paulo, Brazil. Dane was in Brazil working on his second solo album, Shadow Work.

According to Brazil's UOL, Dane's guitarist, Johnny Moraes, says he was with Warrel when he began to feel bad around midnight.

"He tonight had a heart attack. It was in the flat where he stayed for the recording of the record, when it happened. I got to do cardiac massage, we called the SAMU (Mobile Emergency Care Service), who arrived very fast, but when they arrived, he had already died," said Johnny.

Dane released his first solo album, Praises To The War Machine, in 2008. Now, he was already in the advanced stages of the recordings for his new album

"The record had almost all the instruments completed and we started to record the voice. Much of it was done," said Johnny. The musicians are already thinking about how to use the material for a posthumous tribute. "Maybe we can count on guests. But there's nothing official about it."

BraveWords offer our condolences to Warrel's family and friends. Stay tuned for further updates on this situation.