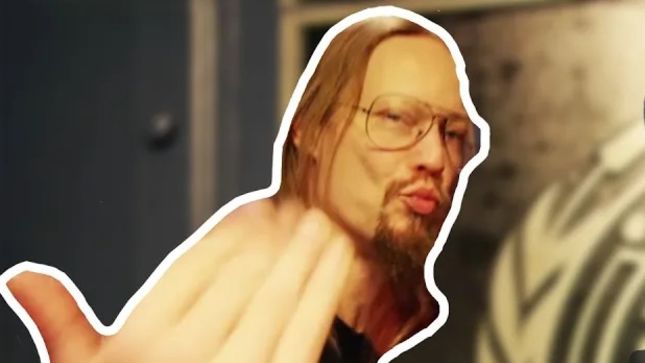 Watch below as Helsinki-based folk metallers Ensiferum take fans on a tour of Sonic Pump studios, where their new album Thalassic was recorded:

Thalassic will be released July 10th via Metal Blade Records. A preview of Thalassic, a lyric video for the first single, "Rum, Women, Victory", can be found below.

Ensiferum are a true powerhouse when it comes to folk-inspired melodic death metal, something they hammer home more resolutely than ever with eighth full-length Thalassic. The title translating from ancient Greek as "of or relating to seas", it's a suitably huge and wide-ranging collection that incorporates orchestrations and traditional folk instrumentation alongside the roaring guitars, bass, and drums.

"I think we managed to take another step ahead musically and we also utilized the best parts of our old sound," states bassist/vocalist Sami Hinkka. "There are lots of Ensiferum's trademarks: beautiful folkish melodies, ass-kicking riffs, a nice mix of different vocals and great singalong choruses."

The biggest difference separating Thalassic from the rest of Ensiferum's catalogue comes from the fact that it's the first of their albums to be built around a theme. "The idea of it started to brew in my mind when I was doing interviews for 'Two Paths' and many journalists asked if it was a theme album, and I noticed that I was answering all the time that because of the way we compose it's almost impossible to make a theme album. This really started to piss me off and the decision was made: the next album would have a theme. At that time, we already had a few songs almost ready for the next album, and I started to listen to the demos much more from the feeling aspect instead of analyzing them musically. For some reason, all of them took me to a seashore, and the theme was found: something related to sea or water. So I started to read about history, myths and legend around the world that had something to do with the theme, but even though all of the lyrics are obviously inspired by this, I tried my best to keep Ensiferum's heroic mentality in them. In the end, there were too many ideas for lyrics, because I didn't set myself any boundaries - like all stories would have to be Nordic, etc, and one of my favourite songs on the album tells about Andromeda from Greek mythology. I can't promise that this way of lyric-writing will be the future of Ensiferum, but at least we did this once."

Thalassic was recorded and produced in Petrax and Sonic Pump studios by Janne Joutsenniemi, who was involved on their albums Victory Songs (2007) and From Afar (2009).

"We like to go to a studio when we have all the songs 99.9% ready so the producer's main job is to kick our asses while we record. Of course Janne Joutsenniemi is a world-class producer, and we asked his opinion if we were doubting any details. It was really a pleasure to work with him again, and I think this was one of the most easy-going studio sessions I have ever been part of. We are extremely happy with the result." 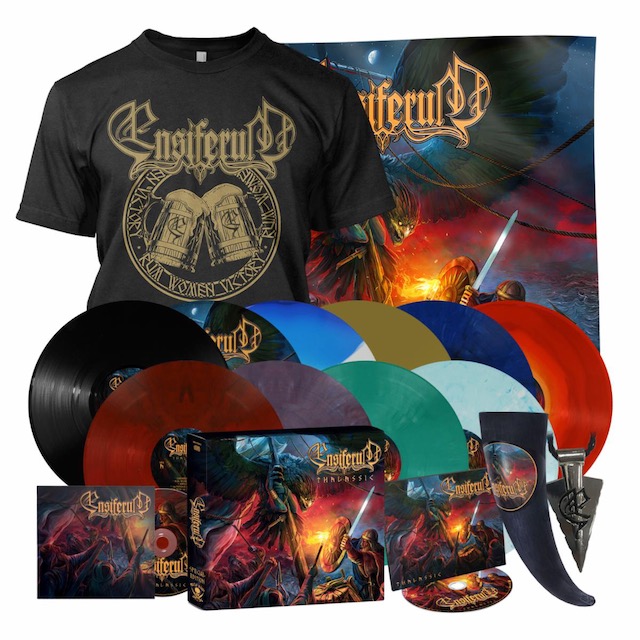 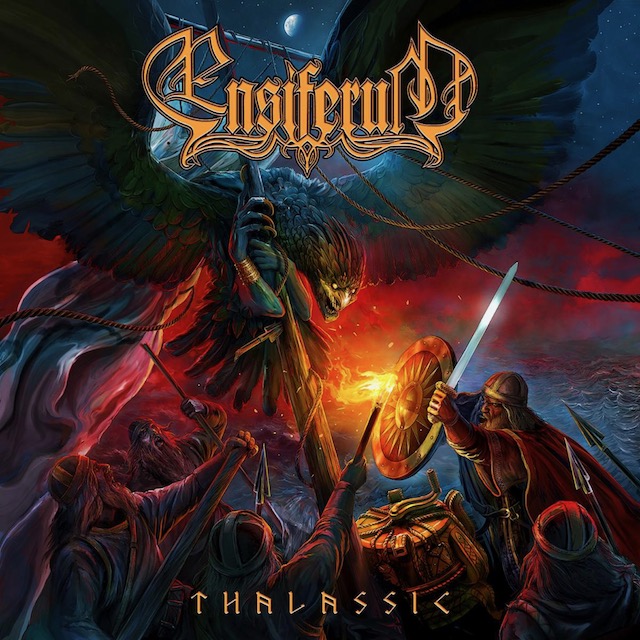 "Seafarer's Dream"
"Rum, Women, Victory"
"Andromeda"
"The Defence Of The Sampo"
"Run From The Crushing Tide"
"For Sirens"
"One With The Sea"
"Midsummer Magic"
"Cold Northland (Väinämöinen Part III)"
"Merille Lahteva" (Bonus Track)
"I'll Stay by Your Side" (Bonus Track)