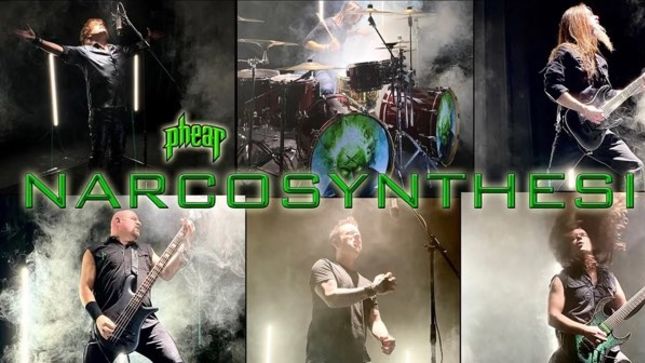 
Singer Patrick Mulock tells BraveWords: “In 2003, when I was in Eidolon, we had the pleasure of performing with Nevermore in Cleveland, at the Brave Words & Bloody Knuckles 6-Pack Weekend. This was the first time we met. It was so cool to talk to the band who created that amazing music.

On December 13th, 2017, I received the horrible news that one of the greatest voices in metal had passed away. Although they had broken up, this marked the end of one of my favourite bands. It has been a couple years since Warrel passed, and I always wanted to pay tribute to this great band. I asked the other guys in Phear how they felt about doing a Nevermore cover and they were all on board in a heartbeat and as it turns out, they were also fans.

‘Narcosynthesis’ was our choice. My metal brother, engineer/producer, Jon Howard came on board to lend me a hand with the vocal duties. We are all very excited to release this tribute to Warrel Dane and the mighty Nevermore.”