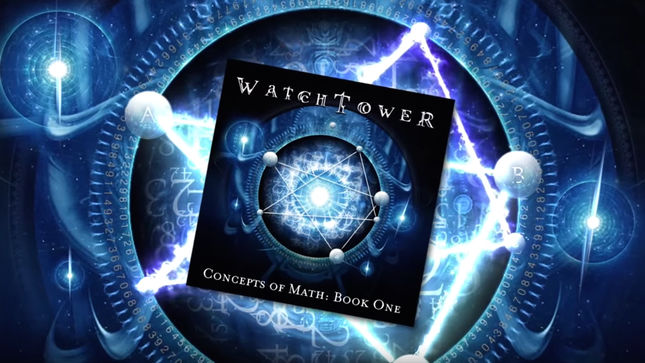 Prosthetic Records will be releasing legendary progressive metallers Watchtower's recent digital-only tracks on LP and CD. The four tracks will be combined with one brand new song, creating the Concepts Of Math: Book One EP, and will be released on limited edition vinyl and digipack CD on October 7th. A video trailer for the upcoming release can be found below.

Comments vocalist Alan Tecchio: "I am so stoked to be a part of this legendary jazz-metal-prog group once again! Right now we are close to finishing the tracking for the additional 10 minute song that we are adding to the other four tunes. This will complete the EP that Prosthetic plans to release later this year. I can tell you that the new song is especially super cool and has that classic Watchtower sound. I think the fans, both new and old, will have a deep appreciation for what is going to be available from us later this year."

Guitarist Ron Jarzombek further remarked on the partnership: "I'm psyched to be on the same label as my old friend Marty Friedman! Prosthetic has also been home to great bands like Gojira, Animals As Leaders, All That Remains, as well as my fellow Texans, Scale the Summit. It's nice to know we are in good company on this label. The music we'll release later this year picks up right where we left off with Control And Resistance." 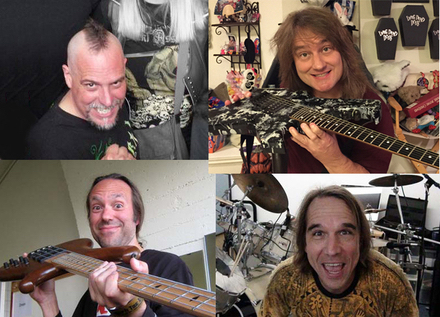 Over the years the group has gone through line-up changes, break-ups and hiatuses, though the individual members have always kept themselves in the public eye. Jarzombek, through his Spastic Ink and Blotted Science projects, has established himself as one of the most respected guitar players in the scene. Tecchio has fronted Hades and Non Fiction, and sang for Seven Witches throughout the years. His vocal range and style is unrivalled. Drummer Rick Colaluca has been name checked consistently by the likes of Gene Hoglan and Mike Portnoy, among many other drummers. Bass player Doug Keyser has an impressive list of bands who’ve asked him to audition for them (Metallica, being one) while still being cited as a major influence from a younger generation of 4-string players.

Concepts Of Math: Book One features 2010’s digital single, "The Size Of Matter", along with three additional tracks the band surprised fans by releasing across digital platforms late last year. An epic new track, "Mathematica Calculis", rounds out the EP.