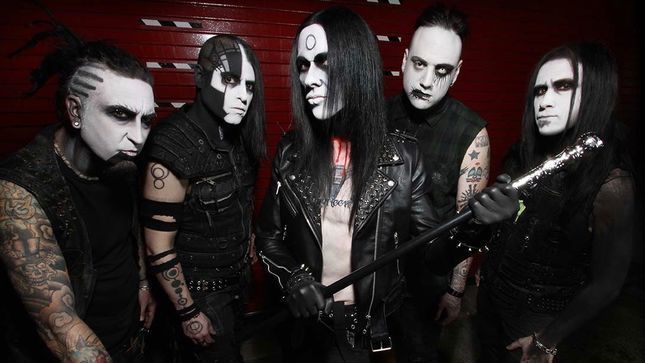 "Soooooo, right now I happen to be on tour playing drums for Wednesday 13," says drummer Jason West. "Kyle (Castronovo) had to leave for a week due to a family emergency so I got called very last minute to come do this. Last night (March 20th) we played Minneapolis and tonight (March 21st) we're at The Rave / Eagles Ballroom in Milwaukee. Pictures and video coming soon!"

Jason West is no stranger to the Wednesday 13 camp as he played drums on the Calling All Corpses, The Dixie Dead, and Monsters Of The Universe: Come Out And Plague albums. In 2011, Jason was also the touring drummer for Murderdolls, which features Wednesday 13 and Joey Jordison (Slipknot).

Catch Wednesday 13 as direct support for Cradle Of Filth at the following shows: