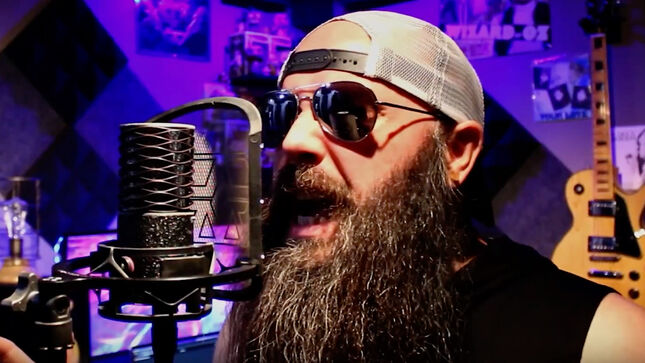 US metal traditionalists, White Wizzard, have released a cover of Iron Maiden's beloved classic, “Flight Of Icarus”. The song, which features a soaring vocal performance by frequent touring vocalist Mikey Dean Gremio (ex-Cellador), is now available for on all streaming and download digital platforms. The music video, which pays tribute to the memorable original clip and showcases performances from Gremio, and the band, can be viewed below. 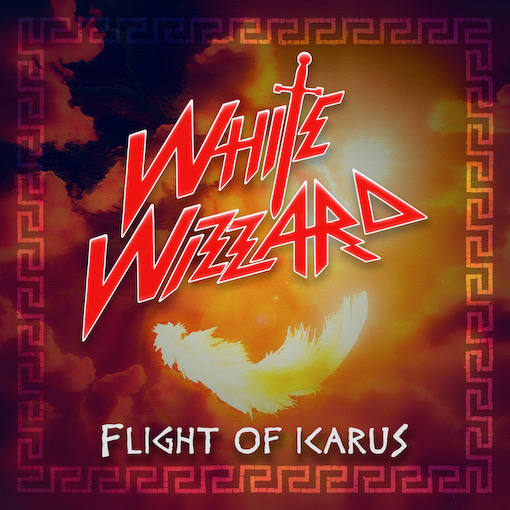 Says Leon, “During Covid, I’ve been writing songs for a new White Wizzard album, and in the meantime, we thought it would be fun to do a couple of covers. As many know, LaRue and I were Iron Maiden fanatics as kids, and it’s clear that they are one of White Wizzard's biggest inspirations. I wanted to do something from Piece Of Mind because it was always my fave album by them, but instead of doing a more progressive song, I felt 'Flight Of Icarus' would be interesting because not a lot of bands have done it. It may seem simpler on the surface, but there are a lot of hidden dynamics that were fun for all of us to discover. I feel like everyone did justice to the original while kind of putting our own stamp on it. For being self-produced and tracked in bedrooms, it’s not too shabby! We had some fun with the video too, and anyone that has seen the original should get a kick out of it.

“This is also the first thing we’ve ever released with Mikey on vocals, which is pretty crazy when you consider that he has done more than double the number of White Wizzard shows live than any of our former studio vocalists. He also saved the day many times in the past when a singer would pull out of a tour at the last minute. He was always pro and never missed a show even when we were out practically 60-plus days straight, so it’s cool to be getting him on some White Wizzard recordings. Some originals will follow, and I promise they will kick maximum ass. We look forward to touring in 2022, and we will be releasing another album then. Stay tuned!”

White Wizzard's cover of Iron Maiden's “Flight Of Icarus” is the second song to be released by the group in 2021. Earlier this year, the group released “Viral Insanity”, their first new song in three years, which featured vocals from respected heavy metal veteran Mark Boals (Yngwie Malmsteen, Dio Disciples, Royal Hunt, Ring of Fire). The “Viral Insanity” music video can be viewed below:

Since bursting onto the metal scene in 2007 with the infectious “High Speed GTO,” White Wizzard have consistently and proudly flown the flag high for traditional heavy metal, generating four full-length albums of melodic metal headbangers that are loaded with fast riffs and catchy choruses. The group's most recent full-length, 2018’s Infernal Overdrive, received positive reviews, with critics recognizing a band that was firing on all cylinders with inspiration from an expanded array of influences such as Rush, Led Zeppelin, and Metallica being seamlessly integrated into their existing blueprint.

More info on White Wizzard's upcoming plans will be revealed in the weeks to come.