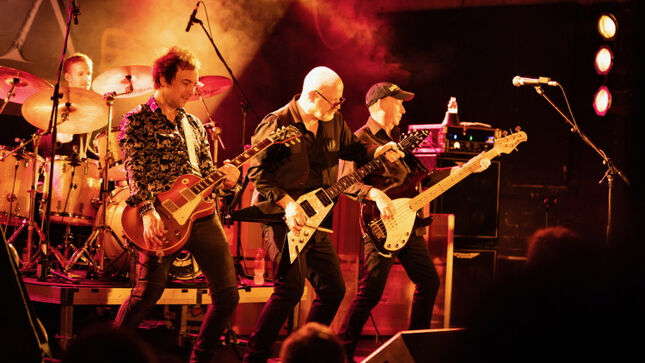 In preparation for the 50th Anniversary and a new live recording of their biggest selling album, Wishbone Ash are offering fans an up close and personal experience to go deep in the shed to work through this vintage material in its entirety. Released in 1973, Live Dates offers the greatest and most challenging collection of early material which propelled this double album to multi-platinum sales.

These five shows will be the incubator for a new recording of Live Dates which will be recorded at Daryl Hall’s renowned New York venue, Daryl’s House Club, at the end of the run.

Formed in 1969 in England, Wishbone Ash are one of the most influential guitar bands in rock history. Equally inspired by British folk, American jazz and R&B, the band garnered public approval and critical praise. Energy and melody have made The Ash a hard-to-beat act that is currently being discovered by new generations of loyal rock fans.

The first live album released by the band, Live Dates features selections from Wishbone Ash’s first four albums performed in concert during the summer of 1973. Reviewers have consistently listed it among the best live rock albums of all time.

Over the years the band has experimented with diverse musical genres, from folk, blues and jazz to pedal-to-the-metal rock and electronica. Regardless of the style, Wishbone Ash’s unmistakable unique selling point is their interplay of two lead guitars, which influenced bands such as Thin Lizzy, Lynyrd Skynyrd, Iron Maiden and Opeth, among others.

As true warriors of the road, the band regularly covers around 30,000 miles a year, which is roughly equivalent to circumnavigating the world.

Wishbone Ash’s latest studio album, Coat Of Arms, was released in early 2020. Other recent releases include Snapper Music’s limited-edition Argus box set containing the remastered album plus historical live albums, previously unreleased, from the original band, back at that time.