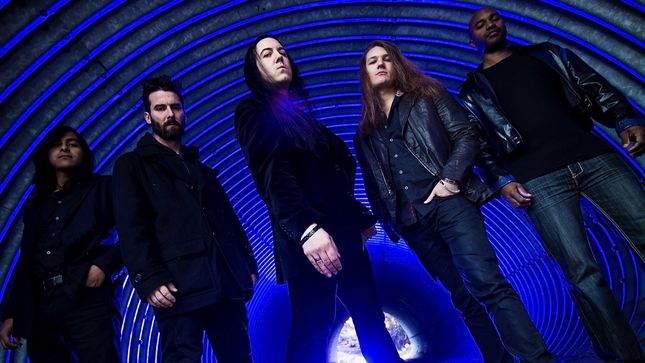 On November 2nd, 2018, US dark melodic metal masters Witherfall will release A Prelude To Sorrow, the follow-up to 2017’s Nocturnes And Requiems. Now, the band has revealed another glimpse at this gloomy opus:

“Like our first single off of A Prelude To Sorrow, ‘Ode To Despair’, ‘Moment Of Silence’ continues on with our dark tale of the last days of Witherfall drummer Adam Sagan. This song deals with the anger we felt towards not being able to control what the eventual outcome could be. The chorus was the first thing that came during the writing of this song. Joseph had chorus melody and progression written and actually showed it to Adam during the last visit they shared. Though the dark irony was not lost on him he loved the idea. ‘Moment Of Silence’ went through multiple demo iterations before the one that is found on A Prelude To Sorrow was officially arranged and finalized by Jake and Joseph in Florida during the recording of ‘The Long Walk Home (December)’ in November of 2017. In our recent poll you had asked for a track that is ‘violent with a big chorus’ well, here it is.”

On A Prelude To Sorrow, main songwriters Joseph Michael (vocals, Sanctuary – live) and Jake Dreyer (Iced Earth) succeeded in perfectly combining the group’s technical proficiency with an appropriate eerie and somber atmosphere, manifesting also in Kristian Wåhlin’s majestic cover painting. For mix and mastering, Witherfall again worked with Chris “Zeuss” Harris (Sanctuary, Queensryche, Iced Earth) and “Ode To Despair” is just a mere glimpse at the depth and quality, the album holds within.

The album will be released as Limited Edition Digipak, jewelcase CD (US only), gatefold 2LP plus poster and etching on Side D as well as digital album.

All A Prelude To Sorrow preorders are available here.

A Prelude To Sorrow tracklisting: