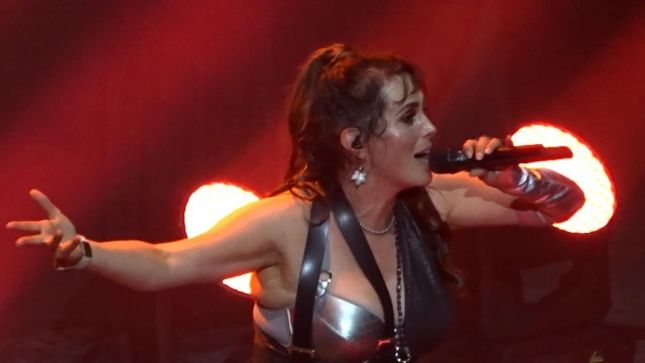 Dutch symphonic metallers Within Temptation performed in Moscow, Russia on October 18th. Fan-filmed video of the full show is available below.

"Intro / Raise Your Banner"
"The Reckoning"
"Endless War"
"In the Middle of the Night"
"Stand My Ground"
"All I Need"
"Supernova"
"Shot in the Dark"
"The Promise"
"Faster"
"Mercy Mirror"
"Paradise (What About Us?)"
"The Heart of Everything"
"Forgiven"
"Mother Earth"
"What Have You Done"
"Stairway to the Skies"

Within Temptation will release their seventh album, Resist, on December 14th via Spinefarm Records/Universal Music. Pre-order the album here.

The band have released "making of" footage from the shoot for the music video for the first single, "The Reckoning", featuring Papa Roach frontman Jacoby Shaddix. Watch the new footage, as well as the official video, below.