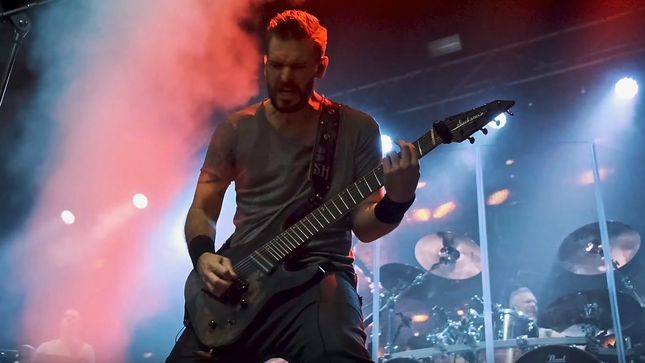 Within Temptation have released the video below, stating: "Check out our lovely time in the UK during The Resist Tour 2018 - between October and December 2018."

"Follow our time on the road from Oslo to Copenhagen during The Reist Tour 2018 - in between October and December 2018," says the band in regards to the clip below:

Within Temptation will release their seventh album, Resist, on December 14th via Spinefarm Records/Universal Music. Pre-order the album here, and watch a lyric video for the song "Raise Your Banner", featuring In Flames vocalist Anders Fridén, below.