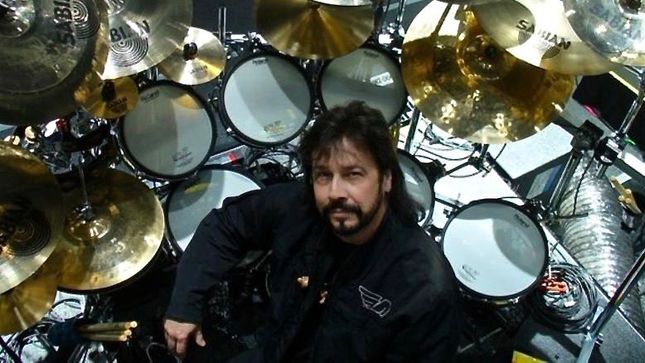 Holiday rock ensemble the Wizards Of Winter - featuring former members of the Trans-Siberian Orchestra, Rainbow and the bands of Alice Cooper and Ted Nugent - are thrilled to add another former member of the Trans-Siberian Orchestra to their talented midst. The Wizards Of Winter are pleased to welcome drummer John O. Reilly to the ensemble performing on their upcoming 2018 tour.

John O. Reilly says, "I'm proud and excited to be joining the Wizards Of Winter this coming holiday season and beyond! There are great things ahead for this band, and I am truly honored to be a part of it and looking forward to seeing you on the road!"

Wizards Of Winter founder and keyboardist Scott Kelly adds, "Besides being a really nice person, John is the consummate professional. His long list of credentials speaks for itself. We are extremely excited and honored to have John join the band and greatly look forward to what the future is going to bring."

The Wizards Of Winter are an ensemble performing classical and progressive-influenced rock music woven throughout a theatrical holiday-themed show, performed in an intimate setting.

Each night on tour, the Wizards Of Winter evoke the spirit of Christmas, weaving a story entirely based on their latest full-length album, The Magic of Winter, and new music. Each Wizards Of Winter performance showcases soaring vocal harmonies, precision string instrumentation, outstanding guitar leads, powerful percussion and stunning keyboard work - taking the listener on a musical "sleigh ride", covering many genres from pop to progressive rock. Previous tours have seen the Wizards Of Winter performing their brand of theatrical yuletide rock to tens of thousands of attendees and has grabbed the attention of mainstream media such as Entertainment Weekly and Yahoo Music.

Stay tuned for more information coming soon on the Wizards Of Winter's 2018 touring schedule, and listen to their latest single, "A Christmas Dream" - an enchanting medley featuring segments of the classic holiday tunes "My Favorite Things" and "Carol of the Bells" - below.

The Magic of Winter, which features the unforgettable single "The Spirit of Christmas" (watch the music video below), can be ordered in physical format here. or purchased digitally via iTunes.