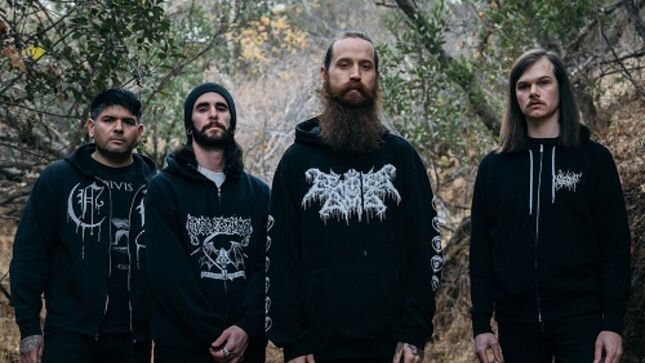 Wolf King has issued "Holy Serpent", the third single taken from their upcoming album, The Path Of Wrath, scheduled for release on March 5 via Prosthetic Records.

Marking their return late last year, the Bay Area four-piece's blend of blackened metal and punk attitude is as potent as ever on their latest single. Accompanying the single is a live in-studio performance video, shot at Rapture Studio in Hayward, CA, where the band spent time recording The Path Of Wrath with Cody Fuentes.

Of the new single, the band comments, “'Holy Serpent' is about the manipulation and greed of religion. How they have caused wars and feed lies to the weak minded for their own profit.”

On the live in-studio video, the band adds, "We did the video at Rapture Recordings to capture the live sound and energy that this track deserves. This song is easily one of our most anticipated from the album, and we can’t wait to play live. It’s groovy, packed with riffs, and is energetic from start to finish."

Recorded at both Prairie Sun Recordings and Rapture Recordings in California by Cody Fuentes, with mixing and mastering handled by Jack Shirley at The Atomic Garden, Wolf Kings's blackened metal sound is captured at it's most captivatingly unrestrained on The Path Of Wrath. For an uncompromising, filth-drenched, smoke-infused take on the genre, The Path Of Wrath delivers the goods and then some. Pre-orders can be placed now at this location.