WOLFGANG VAN HALEN Says There's "No Way" VAN HALEN Can Exist Without EDDIE VAN HALEN - "The Music Will Live On Forever, But You Can't Have The Band Without Him... Impossible"; Video 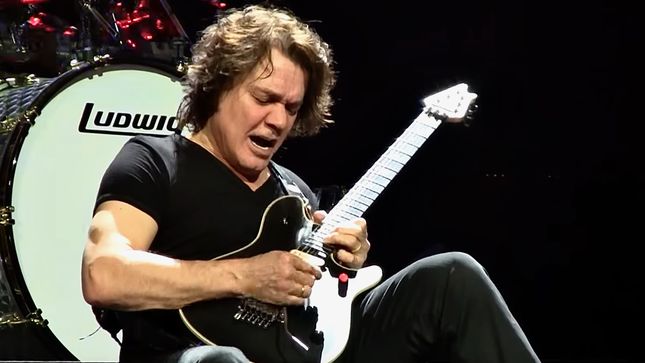 Six weeks after the death of his music icon father, Eddie Van Halen, Wolfgang Van Halen is opening up to Entertainment Tonight about the rocker’s final days, the best piece of musical advice he gave him and why he can never replace his dad in Van Halen. Eddie died on October 6, following a lengthy battle with cancer. He was 65.

Since his death, fans have speculated that Wolfgang, 29, may step into Eddie’s shoes in Van Halen, but Wolfgang calls the idea “impossible.”

“No way. That’ll never happen,” Wolfgang said, talking to ET’s Kevin Frazier during what he describes as “the worst month of my life.” “I think a message to the Van Halen fans [would be that] some things just really suck. I don't have a dad anymore and I have to figure out how to process that and deal with it. And, that's the process that Van Halen fans need to go through and realize that you can't have the band anymore without Eddie Van Halen. The music will live on forever, but you can't have [the band] without him. Impossible.”

“My dad would probably be really pissed off at me if I [took his place,]” Wolfgang added. “He'd probably be like, ‘What are you doing playing my stuff? Go do your stuff.’ He would've been really upset, like, ‘You have all this music you're sitting on. Why wouldn't you go forward with that?’”

Later in the interview, Wolfgang added that the family may eventually organize a tribute show in honor of Eddie, with proceeds going toward his favorite charity, Mr. Holland's Opus, which helps underprivileged students access musical instruments.

Read more at Entertainment Tonight, and watch the video below: