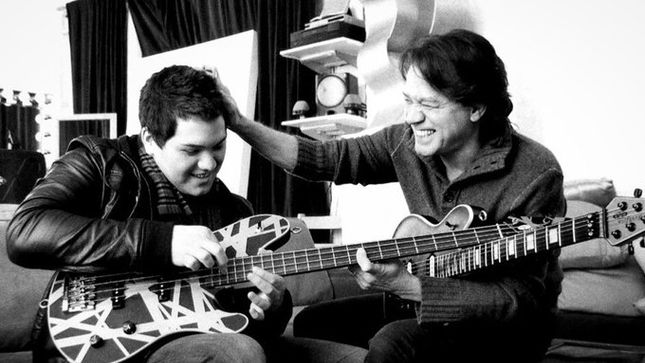 On October 6th, Eddie Van Halen's son Wolfgang broke the news via Instagram that his father had passed away with the following message:

"I can’t believe I’m having to write this, but my father, Edward Lodewijk Van Halen, has lost his long and arduous battle with cancer this morning. He was the best father I could ever ask for. Every moment I’ve shared with him on and off stage was a gift. My heart is broken and I don’t think I’ll ever fully recover from this loss. I love you so much, Pop."

Since then, Wolfgang has posted a series of photos and a video on Twitter celebrating his relationship with his father. Check them out below.