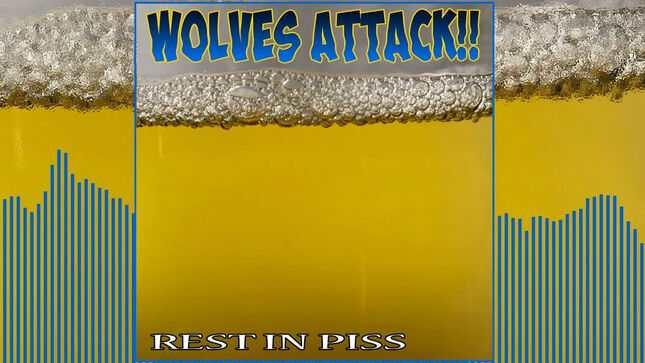 Horror Pain Gore Death Productions are set to release the new EP from Philadelphia's hardcore/thrash party punks, Wolves Attack!!. Rest In Piss is up now for pre-order and will be released January 29 as a digital album along with t-shirt. Below is the official description:

Wolves Attack!! return to Horror Pain Gore Death with the new EP Rest In Piss! Nearly four years after unleashing their debut release, Piss On Everything, Philly’s one and only 30 pack party punks Wolves Attack!! vomit forth six blistering drunkcore party tunes to hold you over in this pandemic. Rest In Piss is the ideal musical assault to listen to while you keep drinking 40's and continue punching your Mom’s basement walls.

Listen to the track "Heavy Breathing" below.