X JAPAN Drummer YOSHIKI Talks Being Influenced By KISS, LED ZEPPELIN And IRON MAIDEN - "When We Started Our Own Band We Wanted To Be Even Faster And Heavier" 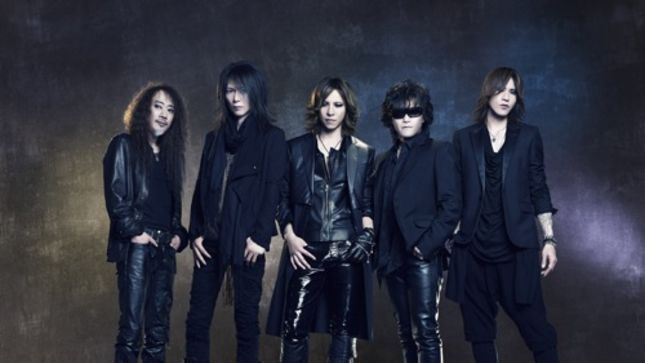 X Japan drummer/founder Yoshiki recently spoke with TeamRock.com for the latest issue of UK magazine Metal Hammer. Following is an excerpt from the interview.

Q: You’ve spoken before about how Kiss were the first Western rock band you fell in love with: what was it about that band that so captivated you?

Yoshiki: "I first discovered Kiss with the Love Gun single, and then I bought the live album, Alive. Then I got the chance to see their show, and I was like 'What the hell is going on?' At the time I was studying classical music, so to see Kiss play was a big shock. I encountered the band first by accident. I was in a record shop and saw this record with crazy make-up and four people standing and I thought 'What is this?' so I asked the people in the shop to play it. And it was like 'Wow!'"

Q: Did discovering this new world offer an escape from your reality at the time?

Yoshiki: "I think so. My father committed suicide, so at the time I was very sad, crying every day and angry. When someone takes their own life there are lots of thoughts: 'How about my mother? My brother? Our family?' You think about those things. But rock music absorbed my anger, especially. And Kiss was my entrance to that world. I remember listening to Led Zeppelin, and when I first heard Stairway To Heaven that really affected me too. It was rock music, but it was so beautiful. And then another real big turning point for me was Iron Maiden: I bought the first album and Killers, with Paul Di’Anno, and then of course Number Of The Beast when Bruce Dickinson joined the band. Those three albums changed me: they had beautiful melodies but were still very heavy. And when we started our own band we wanted to be even faster and heavier!"

Click here for more and to order the latest issues of Metal Hammer UK.