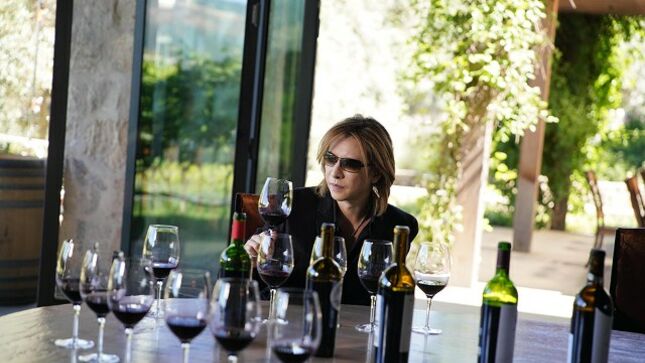 X Japan drummer Yoshiki has been releasing his signature wines, Y by Yoshiki, since 2008 in collaboration with Napa Valley winemaker and 4th generation vintner Rob Mondavi Jr. On December 3rd he unveiled five new vintages, which are now available:

Y by Yoshiki has already been released in four series and nine types since 2009, but it is sold out instantly every time it is released, and it is also called "phantom wine." When it was released last time in August 2019, it garnered exceptional achievement in the wine industry, such as recording the shipment volume of 25,000 units in just two weeks from the release date. In addition, it has appeared one after another on the wine list of top hotels and restaurants, and its high quality has been praised.

On October 29th, Yoshiki uploaded pro-shot video of the band performing their classic single "Week End" live without an audience. This was part of a live broadcast. Check it out below, watch for more footage in the near future.